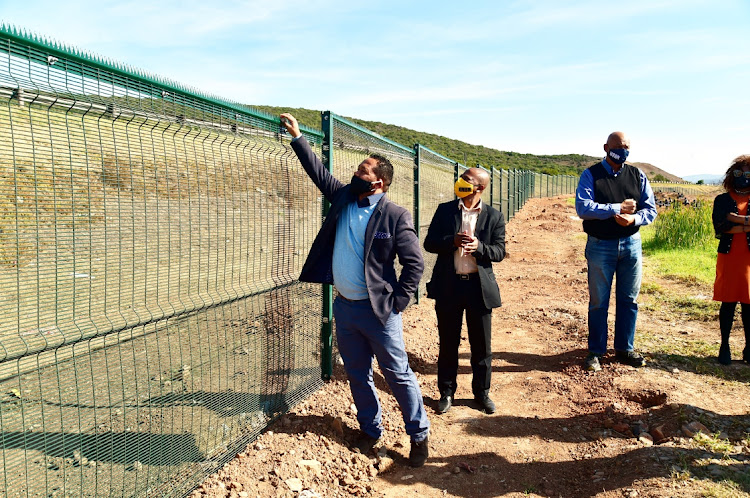 There is an adage that goes “if it ain’t broke, don’t fix it”.

But what happens when it breaks? How do we go about fixing it?

When one tries to fix anything, you need to ensure you have the right tools for the job at hand.

Things become a little more challenging when the people who broke it control the tools and don’t allow you to use your own tools for the next six months.

This sounds strange. Comical even. But this is how things work when there is a change in political leadership of a municipality.

The incoming political leadership has to work within the framework and budget left behind by the outgoing leadership.

Each ruling political leadership would have their own focus areas and agendas to push, and these rarely, if ever, align.

When the coalition consisting of the ACDP, AIC, COPE, DA and UDM came into power in December 2020, this was the situation we faced.

We inherited a broken administration with priorities for projects and spending planned for the rest of the year that did not speak to the needs of residents, nor the vision the new coalition have for the city.

There was little room for us to manoeuvre to get things right.

When I took over as political head of Public Health, I found crucial service delivery contracts were not in place or were ending, without a new contract in place.

These contracts are for:

One thing that often troubles residents is why the municipality enters into contracts with external companies to provide these services instead of providing them itself.

When there is insufficient internal capacity or expertise to run a project efficiently, the municipality contracts external service providers to render these, for a fixed period.

Once this period is complete, the municipality will have either built up capacity through filling of vacancies, or need to appoint a contractor for these services for a further period.

Ideally, one starts the tender processes way before the ending of a contract so there is a smooth transition without any interruption of services.

But, unfortunately, this foresight and planning has been lacking in this institution.

One has to ask: “Where was the political oversight?” “How were things allowed to get this bad?”

There are a host of potential reasons; political heads who are out of their depth have been appointed, unqualified people appointed to key administrative positions (cadre deployment), a general sense of apathy and a lack of consequence management all play their part.

In Public Health, matters are compounded by infrastructure issues such as the ageing fleet of refuse compactors, budget cuts to repairs and maintenance, inadequate budget provision for waste drop-off sites and skips, or one directorate that is dependent on another to procure the services of an external service provider.

Again, one has to beg the question of political oversight.

How does the political head agree to a budget that does not see to areas of concern in the directorate?

I have a vision for our city — a vision to “Rebuild our City” and restore it to its former glory.

In my previous short term as MMC for Public Health during 2017/18, I oversaw NMBM winning second runner up for the Greenest City Competition.

Our “Food Blitz” operations launched to fight the listeriosis outbreak won us awards and gained us national recognition.

We converted dumpsites into playgrounds and upgraded 66 parks in less than eight months.

These are the days I want to restore.

To help get us there, Public Health has started the following:

While we’ve won some battles along the way, the war is not over yet.

The above highlights some of the challenges we’ve experienced and some of the small victories we’ve  already attained.

The question on all residents’ minds though is: “How long will it take you to turn it around?”

It is incredibly difficult to fix systems which have systematically been broken down over a period of 27 years in the few months I’ve been in office.

It will take time to turn this ship around. It will need capable and ethical leaders, and I can guarantee you with such leadership smoother waters lie ahead.

Remember a city that is dirty cannot attract investment and create jobs.

A city that is dirty will slowly die.

But if we get this right, we save the city for present and future generations to enjoy and thrive in.

Let’s all play our part in keeping our city clean, with consideration for the environment.

I give you my word that I will do all that is necessary to put systems in place to keep our city clean and create safe spaces for you to enjoy.

I believe together we can rebuild NMBM.

Can I count on you to keep it clean?

MMC for Public Health in NMBM