Province working towards industrialising economy to create growth and jobs 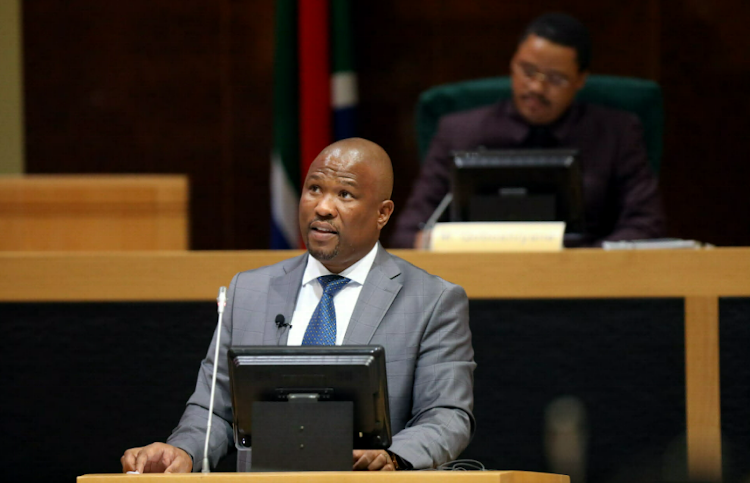 The task of transforming our society and growing our economy requires ANC members to be skilled and capable of implementing the National Democratic Revolution (NDR), vigilant with regards to attempts to derail the implementation of solutions to existing challenges, and to promptly prevent any form of state capture.

The ANC does not exist for conference contestations, we exist to ensure that our people have political power, as clearly put in our 2007 strategy and tactics document, to ensure that they “are liberated from political and socio-economic bondage” through programmes that uplift the quality of life of all South Africans, especially the poor, the majority of whom are African and female, and enjoy their constitutional freedoms.

Government development programmes and work being done by private sector companies investing in the Eastern Cape all bring industrial development to the province’s economy as we pursue economic growth for the benefit of our people.

That is why the evening of Friday May 14 was a historic and proud moment for Mercedes-Benz South Africa, its leadership, management, staff, and the province because the last Mercedes-Benz W205 vehicle rolled off the factory line, marking the end of a prolific era for the company and our economy.

We congratulate Mercedes-Benz South Africa (MBSA) for this achievement, for their partnership with government in building the learning academy that trained sons and daughters of our province who were later employed to work in the manufacturing of the W205, and for creating procurement opportunities for suppliers designing and manufacturing parts for this project.

We congratulate the company, its managers and employees for building one of the best ever vehicles in the history of automobiles in the world.

Now that the W205 project has been completed successfully, we wish the company, its management and staff all the best as they get ready to manufacture the Mercedes-Benz W206.

In my previous engagements with the leadership of MBSA, I expressed our appreciation for their infrastructure investment in their plant in East London and for creating jobs and business opportunities for the people of our province and our country.

There are many factories manufacturing parts for the new W206 at the East London Special Economic Zone and outside of it.

VM Automotive, a new factory operating in Berlin, is a blanking facility contracted by MBSA to manufacture and supply parts for the W206 model.

These manufacturing factories have created additional employment for our people who are now manufacturing products and parts for the automotive sector.

The provincial government is looking forward to more opportunities for our people and benefits for our economy that come with the manufacturing of the Mercedes-Benz W206 in our province.

We are looking forward to seeing the first W206 vehicle rolling off the factory line in our province.

We are increasing industrialisation of our provincial economy for such projects.

In keeping up with our commitment to improving the lives of our people, the provincial government is implementing our electoral mandate by increasing performance so that our economy grows properly, thereby eradicating poverty and reducing unemployment through our people getting jobs from a growing economy.

These programmes include a R178.8m allocation to upgrade the infrastructure of Komani, Dimbaza and Vulindlela industrial parks; a R7.9m investment in the construction of three more feedlots in Sarah Baartman, Amathole and Alfred Nzo; a R206m investment in the development of the first 100ha of the Aquaculture Development Zone in Coega; R16.3m handed to businesses owned by young people; and R569m invested by DHET in building four new TVET campuses in the Eastern Cape.

Of this, R166m is for building a new Ikhala TVET College campus in Sterkspruit; R122m for another new Ikhala campus in Aliwal North; R112m for an East Cape Midlands campus in Graaff- Reinet and R169m for an Ingwe TVET college in Ngqungqushe.

We invested R590.4m in the refurbishment of 67 health facilities, from which 85 awards or 98% were to Eastern Cape-based contractors; SANRAL invested R16.8bn in our roads, budgeted over the next two years, with R4.6bn awarded to 14 projects from Kareedouw to Humansdorp, Jansenville to Wolwefontein, Qonce, Fort Beaufort to Alice, Middleburg, Molteno, Maletswai to Lady Grey, Barkley East, Whittlesea to Komani, Dordrecht to Indwe and Engcobo.

Throughout the province contractors are on site contributing to building the Eastern Cape we all want.

More than nine bulk water infrastructure projects valued at R4.9bn are being implemented in the province.

Through the East London and Coega special economic zones (SEZ) we attracted more than R19bn worth of investment to our province as the EL SEZ completed the construction of nine investor facilities and the expansion of three existing facilities.

These and many other programmes of government require that we deploy only cadres who have a thorough grasp of the task at hand, who have the requisite skills and capabilities needed, and most importantly, whose hearts and minds are committed to serving the people of our province diligently.

Building this province to be the best for our people requires all of us to work together.

Eastern Cape premier Lubabalo Oscar Mabuyane is the chairperson of the ANC in the province.