Together we can take Nelson Mandela Bay forward again 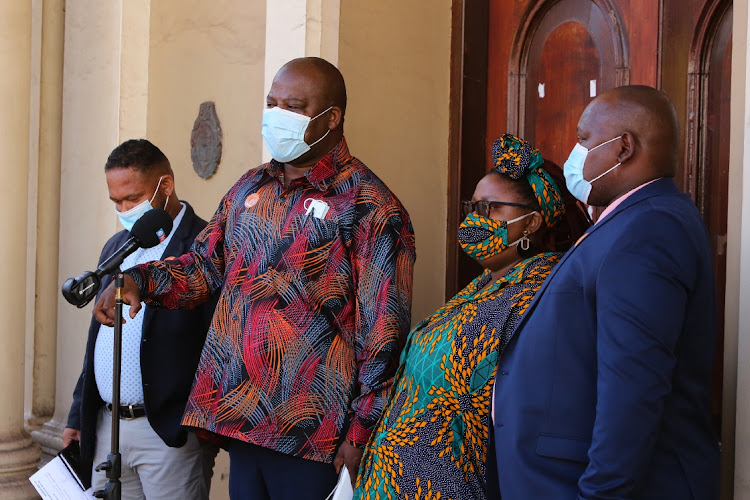 On  December 4, I was elected mayor of Nelson Mandela Bay.

The election happened amid what can only be described as one of the most chaotic meetings in local government to date.

The Nelson Mandela Bay administration that we inherited last year was broken and dysfunctional.

Though I knew the mayor’s position would not be without its challenges, nothing could have prepared me for the state of paralysis that the institution found itself in.

The municipality has had no less than 10 acting municipal managers in just over two years.

Most of these acting administrators were either not qualified to act in the position, or unfortunately too inexperienced to head an institution with a workforce of more than 7,000 people.

The ensuing result was unimaginable chaos.

There was no monitoring and evaluation of the performance of either senior or middle management.

This led to zero accountability to anyone, least of all to the municipal manager, who was either a junior or someone who would soon be kicked out of the revolving door at City Hall.

The standoff between National Treasury and the municipality, which emanated from the fact that the metro had no mayor and no competent municipal manager for an extended period of time, resulted in Treasury withholding some R1.6bn in conditional grant funding from the city.

The uncertainty that this shortfall in funding brought, meant departments were hesitant to proceed with any capital works planned in the metro.

As at December, the total capital expenditure for the financial year stood at a mind-blowingly low 16.29% of the total budget.

Basic service delivery, the core business of any municipality, was also limping along painfully.

In electricity and energy, for example, there was not even enough money to purchase bulbs for streetlights.

The previous government had managed their finances so poorly that they, quite literally, couldn’t afford to keep the lights on.

The much-publicised “war on potholes”, which aimed to clear the backlog of thousands of potholes by December 2020, proved to be little more than a public relations exercise.

The roads and storm water directorate did not even have sufficient budget to purchase tar.

How they intended to repair an estimated 15,000 potholes across the metro is beyond me.

Notwithstanding the ongoing debilitating drought that we are experiencing, the metro also had a backlog of some 6,00 leaks that required fixing.

Supply chain, the engine room of any municipality, faced a myriad of problems which resulted in various delays in tender processes.

In certain instances, these delays became so prolonged that service providers were appointed by means of deviations.

Perhaps the most accurate reflection of the state of the metro over the last six months is the mid-term performance report that is due to be tabled in council. .

This report provides an overview of the performance of the municipality by evaluating specific Key Performance Indicators (KPIS) for the first six months of the financial year.

The mid-term report tells a story of a decaying, dysfunctional municipality which has only met 32% of all of its KPIS — the worst performance in the history of the Nelson Mandela Bay.

This is just about half of what the Athol Trollip administration achieved, just two years earlier!

Although we face many a challenge in the administration, it is not all doom and gloom.

Since the condition of electing an executive mayor was met in December, National Treasury almost immediately started releasing the outstanding grant funding to the administration.

Based on the woeful mid-term report, we have drafted a plan to ensure that there is accelerated service delivery across the board by all directorates.

I will personally oversee the implementation of this plan as mayor.

I have also ensured that budget virements will be affected where core service delivery programmes required additional funding.

Residents should soon see a tangible difference in the number of potholes and faulty streetlights being repaired in their area as a result.

Yes, the municipality is broken, and there will be no quick fixes. The newly formed Coalition of Good Governance is, however, determined to fix this administration.

It is my commitment to you that our administration will do absolutely everything within its ability to change this dysfunctional and inept municipality into an institution that finally works for you.

Together we can take Nelson Mandela Bay forward again.