Violence against women must end 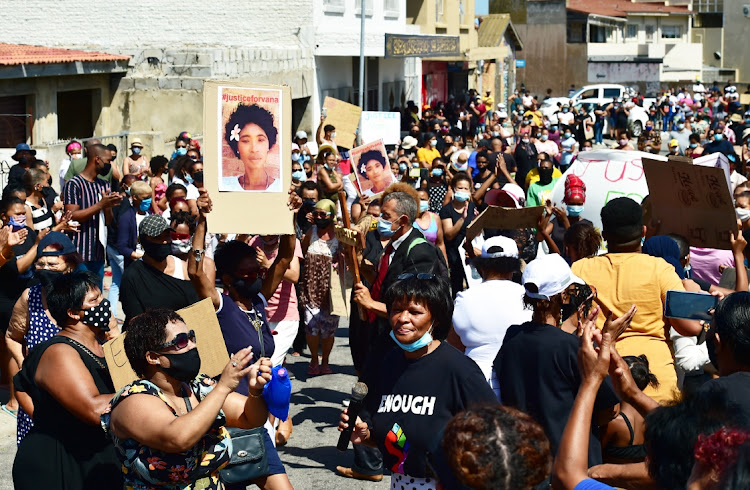 VICTIM HONOURED: A peaceful march and memorial service was held in Zindahl Street, Gelvandale, yesterday for Salvana Seloane, 37, who was murdered and her body burnt beyond recognition on December 27
Image: EUGENE COETZEE

Another day, another murder — or murders — of a woman.

On Christmas Day, the mother of a mentally ill 28-year-old had to make the soul-destroying decision to allow doctors to switch off the life-support system keeping her raped and brutalised daughter breathing.

The naked, bloodied body of Salt Lake resident Samantha Bantom, 28, an only child, was found by passers-by at about 7am that day in bushes not far from her home.

Two days later, the brother of another woman —  Gelvandale resident Salvana Seloane, 37 —  had to deal with the horror of identifying the burnt remains of his sister, who had been raped and set alight.

Her still-burning body was found wrapped in wire near a dumpsite.

Seloane’s rape and murder sparked marches by angry northern areas residents on Saturday and Sunday to the site of the attack, where they staged a protest against gender-based violence.

Her heartbroken brother had just one question for the perpetrators of violence against women: “I want to ask the men who are responsible for these violent acts: you were born from a woman, you were raised by a woman.

“Why do you kill our women?

“I want peace in our neighbourhood.

“And to get that, we need to love one another.

“If we stand together, we can stop this.”

It is our job as parents to teach our sons to love, respect and protect women and it is our responsibility as communities to report women abusers, no matter who they are, and to help the victims break free from the cycle of violence.

“In the interim, we remain targets.”

The three bills have been delayed by parliament for several months to fix some provisions that might not pass constitutional muster, including the minimum sentence, bail and the right of the state to appeal.

Too many women are dying at the hands of not only strangers, but also the very men they should trust.

These men should have no place to hide and should by outed by those in the know.

To end it, we also need good people to stand up and be counted.