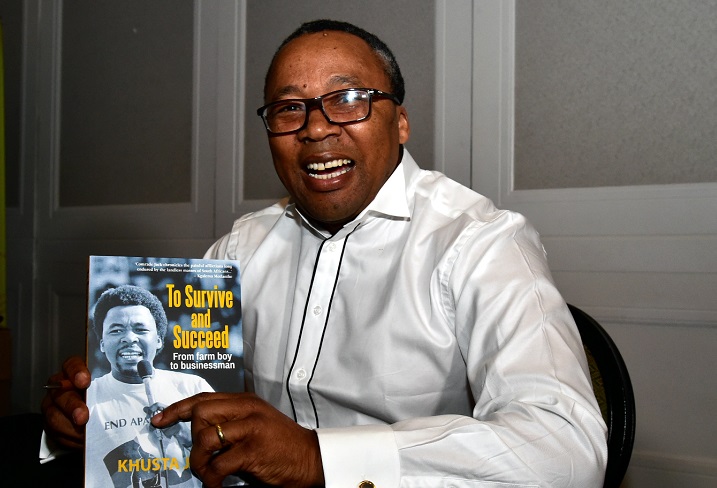 There is merit in advising developing nations, such as SA, to pursue export oriented industrial policy (producing for exports) as opposed to import substitution (replacement of foreign imports with domestic produced ones).

The rapid development of the Asian nations, of Hong Kong, Taiwan, Singapore and South Korea, is universally attributed to this policy.

It is my view that our country could also emulate this developmental path.

Hence I have always been confident that the Thabo Mbeki administration had this in mind when it adopted the Growth Employment and Redistribution (Gear) policy.

Growth of the magnitude forecast in Gear,  comes with a clean and stable government that has a strong political leadership.

An interventionist government will be able to achieve its mission of uplifting its people if it uses its productive resources efficiently.

No amount of political rhetorical will be able to raise social standards unless those who are in power work diligently for the most vulnerable in society.

When we took over in 1994, we were not starting from a zero base, the country was far more developed than any of the aforementioned countries at the onset of their development.

This economic base was existing in the form of world class manufacturing, telecommunications, financial systems sectors.

The roads and railway networks were in some instances, even better than some advance European countries.

Our harbours and airports were the envy of onlooker. On top of all that, we inherited well-run state owned enterprises, such as Eskom, SAA, Denel, Telkom, etc.

Had we promoted economic growth, as pursued by both the Nelson Mandela and Mbeki administrations, through the RDP and subsequently Gear, our country would have been among the most prosperous developed nations of the world.

The reconstruction and development programme was an interventionist’s policy that wanted to do massive social infrastructural development, service delivery and to reduce poverty, inequality and unemployment, in order to close the gaps created by apartheid.

The RDP was, however, not a revenue generating programme.

Gear was set up as an instrument to raise that required expenditure revenue.

Our government was also aware that we were not going to be babied by foreign powers. Our freedom came after the collapse of the Cold War.

There were no nations falling over each other wanting to fund us as was the case for Zimbabwe after its independence, in 1980.

Gear was a perfect policy to achieve the objectives of export oriented industrialisation.

This included   expanding manufacturing exports as a source of swift economic growth, being able to adjust to external shocks and  relying less on foreign borrowing.

Countries that are economically powerful are those that set themselves up to sell their goods overseas and earn foreign currency.

Unfortunate Mbeki’s pragmatism was not comprehended by the exclusive club of the closed command economy coterie.

The irony is that those who did away with Gear never once posted any credible growth once they started to fumble with their fantasised policies that turned out to be nothing other than pie in the sky promises.

Gear was geared to generating  income to fund the RDP social programme. This was going to be done through accelerated sustained growth and industrial self-sufficiency.

The ANC has always believed in a mixed economy that is state led. Through Gear  it was hoping to boost the private sector, in order to boost tax revenues, to be used to improve living conditions of the poor.

Many people tend to mistaken the criticism of the SA government’s economic track record and its administrative performance with general condemnation of the state as an institution.

They are critical of the government strictly due to its incompetence, rather than talking about the merits of government involvement in the economy.

Import substitution policies was the favourite path followed by most African countries after independence in the early 1960s.

These policies can be linked to the poor economic performance of the continent relative to the Asian countries.

They followed this policy on the assumption that it was going to spur wider economic growth.

These African economies ended up knocking with cap in hand at the doorsteps of the Western nations and their lending institutions, including the World Bank and the IMF.

Having boxed themselves into that tight corner, they ended up having to be subjected to the most crippling conditionality.

They were forced to liberalise their trade, increases privatisation, balance deficit, whatever little economy they had, implement free market programmes and  reduce all manner of trade barriers.

All of this was forced upon them. They had no choice. They were already deeply trapped in debt.

Many South Africans see the WB/IMF as bad, and know nothing about how bad it is to run your country into the ground.

Once you are at that stage you have no choice, you just got to comply.

If we do not want to see the WB/IMF’s Structural Adjustment Policies, we have to impose our own structural adjustment policies with no outside interference.

As things stand, we are going to be subjected, due to our own conduct, to externally forced austerity measures. Something that Thabo Mbeki wanted us to avoid.