A teachable moment for SA 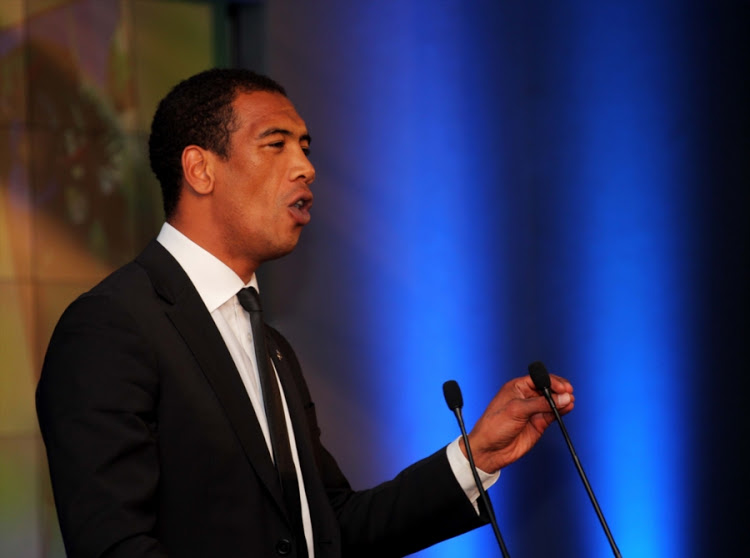 When Ashwin Willemse called me out of the blue to meet for coffee some time ago, I was excited and knew exactly what I was going to ask him.

How did a poor, Afrikaans-speaking boy from a broken home in rural Caledon become this multi-award-winning Springbok rugby player?

Many of the young men from his hometown are absorbed into gangs and abuse drugs, and find themselves circulating through that revolving door called the prison system.

I knew within minutes of our first meeting why this rugby winger rose to the top of his game: discipline, determination and a good dose of humility.

That is why when Willemse snapped on the television set of SuperSport last weekend, two things were immediately clear to me.

One, this generous and humble man had been driven to the edge. Something must have upset him over time and he could no longer take it.

Two, the way he addressed his grievance was completely within character – calm, deliberate, thoughtful but direct.

The live incident caught on tape went viral on social media and, true to form, many white South Africans launched into Willemse for being disrespectful and unfairly charging his co-presenters, Nick Mallett and Naas Botha, as patronising bigots.

Black South Africans, in the main, instantly expressed solidarity with Willemse and even the new minister of sport would, within hours, put out a statement of support while calling for a swift investigation.

That split in opinion is not unexpected in our divided country.

The much more interesting question is why do two groups of people staring at the same event on television “see” two completely different realities?

The first reason is that for whites the event is frozen in time.

There is no “before” or “after”, but only what happened in that less-than-three minutes of Willemse making his statement.

Even good friends of mine, open-minded white folk, chastised those who rushed to judgment. They, too, saw the incident, but argued that we needed evidence, the full story.

“How can Ashwin effectively call his two fellow commentators patronising and privileged white men? Let’s stick to what happened. There is no evidence for such accusations.”

The problem is that whites were not listening to Willemse at all, or for that matter to the black experience in general, and therefore this most unusual appeal to calm and reason – first wait for the facts to come out.

Imagine, by the way, that this kind of poise and restraint on the part of white brothers and sisters prevailed during debates on land redistribution or farm murders.

“I am aware of white privilege,” said a white follower on my social media page, “but help me, Prof, what did I miss?” Good question.

What you missed was what Willemse actually said.

For a long time I was called a quota player, said the aggrieved black man.

In other words, the poor treatment did not start on Saturday May 19.

Willemse was quietly carrying this hurtful grievance over a long time and finally, after years of maltreatment, he could take the racial condescension no more and, on live television, made his point: This abuse stops now.

For black South Africans, on the other hand, there was an instant emotional response of support. Why?

The respected news editor, Ferial Haffajee, spoke for millions when she posted on social media: “We have all had our Ashwin moment”.

To which I would add, me too. Regardless of your competence or achievements, you are suspect in your profession and the white man with a mediocre CV is assumed to be better irrespective of the facts.
That is why Willemse, like many black South Africans was, as they say in English, gatvol.

The second reason is that whites assume the three men have equal status. Of course they never did.

Hence Willemse’s powerful reminder – Botha and Mallett could play rugby for their country when he could not. They had accumulated years of experience as players, coaches and commentators when Willemse’s people could merely watch from the sidelines and, as a deliberate choice, many rebelled and supported the All Blacks with the right name and black Maori players.

White privilege, implies Willemse, gave his two colleagues access and experience then and now on the basis of their race – and I would add class.

He does not speak with the cultivated accent of one who attended those great English rugby schools like Bishops or SACS.

There are those who poke fun at him for saying “Saarks” and not the more polished, private school pronunciation, “Sharks”.

Willemse has to prove himself; they do not. “I worked hard to earn my respect in this game,” he reminds the two white commentators.

If the expose in some newspapers is correct, Willemse would not “play” on Saturday because in the build-up to the rugby match – the Lions from Johannesburg against the Waratahs of Australia – he was shut out of commentating by the two white men as if he was invisible on the set.

It was then that one of them suggested that with the next game, Willemse be given a chance to speak. Such racial condescension was the last straw.

Not only do you shut me up, Willemse was effectively saying, you decide when I can speak.

So when the cameras came on for commentary on the new game, and the host dutifully called on Willemse to speak this time, he turned the question back to Botha and Mallett – why don’t you guys speak; as usual, in other words.

And then came Willemse’s short and profound speech on black pain and white privilege.

The third reason is that whites are blind to the social arrangements that keep black people in their place.

Take another look at the set, this time with fresh eyes.

Week in and week out, throughout the commentary periods, Willemse stands while the two white men sit comfortably on their SuperSport chairs behind an impressively polished desk.

The white commentators are close to each other physically and socially, a camaraderie forged at a distance from their darker colleague.

Tellingly, Willemse has to walk over to the two domineering colleagues to calmly make his point and, as he does so, he senses a smirk on Mallett’s face and calls him on it.

Mallett does what racial privilege has made routine – denial; I was not laughing.

The media would reduce the incident to a mere spat of longstanding between Mallett and Willemse.

Not so, these social and physical arrangements are no accident at all.

Having made his point, Willemse calmly walks off the set (or the set-up, one might now claim) as he undoes the wiring for the microphone.

But the social arrangements that frame Willemse are not done with him yet, for the media, very much part of the plot, would play its role in projecting this fed-up black man as irrational, ill-tempered and disrespectful: “Willemse storms off the set”. Do you see it now? One of my favourite professors used to define education as a change in the meaning of one’s experiences.

That is, being able to see differently as a result of an educative encounter.

What Willemse did was to offer a teachable moment for those who want to see differently; that, however, is a choice.