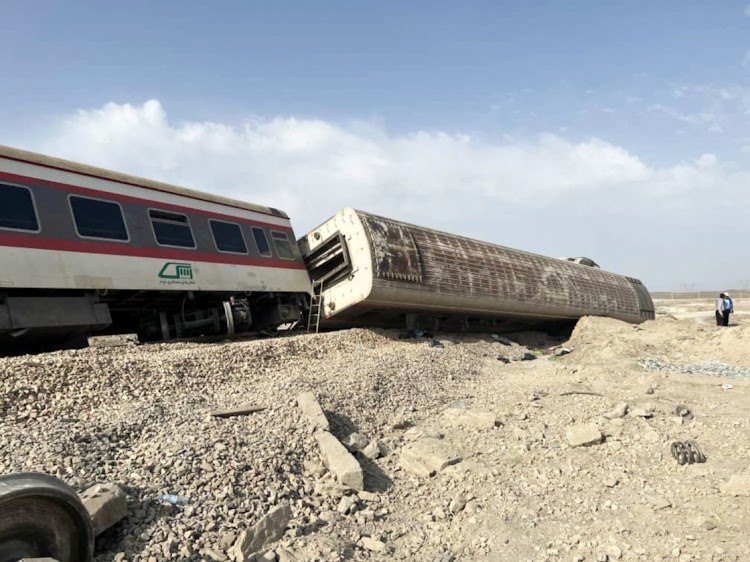 At least 18 people died and 86 others were injured when a passenger train derailed in eastern Iran on Wednesday, state television reported.

The train, with 383 passengers, was bound for the city of Yazd when it collided with an excavator before going off the rails 50 km (30 miles) from Tabas where it had begun its journey, a railway official told state news agency IRNA.

State TV said five of the train's 11 carriages had tipped over in the early-morning accident.

Jafar Miadfar, head of Iran's National Medical Emergency Organisation, said on TV that so far 18 of the dead passengers had been identfied. All but six of the injured had been released from hospital, he said.