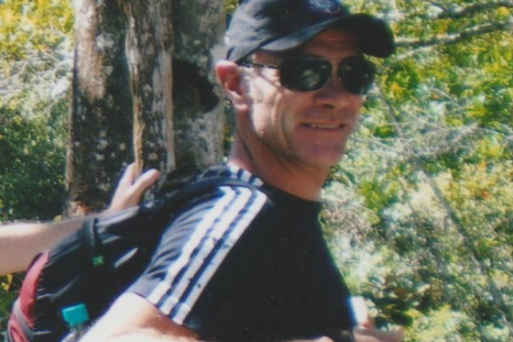 A photograph shows British journalist Dom Phillips, who went missing while reporting in a remote and lawless part of the Amazon rainforest near the border with Peru, in Brazil, in this picture taken on December 2009 and obtained by Reuters on June 7, 2022.
Image: Paul Sherwood/Handout via REUTERS

Brazilian police have opened a criminal probe and interviewed at least four witnesses believed to be among the last to have seen a British journalist and an indigenous expert who went missing in a remote and lawless part of the Amazon jungle on Sunday.

Guilherme Torres, the head of the interior department of Amazonas state's civil police, told Reuters in an interview that police had opened a criminal investigation and interviewed four witnesses while also seeking to locate the journalist, freelancer Dom Phillips, and his companion Bruno Pereira, a former senior official with federal indigenous agency Funai.

Torres said Pereira had recently received a threatening letter from a local fisherman who police were trying to locate.

He said his colleagues had interviewed two fishermen as witnesses on Monday, with two more quizzed on Tuesday. The first two witnesses had not provided any useful information, and Torres had no details as yet about the second two interviews.

“We are indeed working with the hypothesis that a crime might have occurred, but there is another, much larger possibility, that they're lost,” Torres said. “Now, our priority is to find them alive, especially in these first hours. In parallel, a criminal probe has been opened to see if there was some crime committed.”

Brazil's navy and army both dispatched search teams in boats and helicopters to the area, with support from federal and state police.

Pereira and Phillips, who has written for the Guardian, the Washington Post and others, went missing on Sunday during a reporting trip in the Javari Valley.

The Union of Indigenous Peoples of the Javari Valley (UNIVAJA), which first announced the pair's disappearance, criticised Brazil's security forces for taking so long to deploy search teams.

The Navy sent a launch with men up river on Tuesday but they arrived after dark. The Army dispatched troops on Tuesday, sending dozens of soldiers in river boats to patrol the streets of nearby villages with weapons ready.

The vast region, which borders Peru and is home to the world's largest number of uncontacted indigenous people, is threatened by illegal miners, loggers, hunters and coca-growing gangs who make the raw material for cocaine.

Torres said he could not rule out that their disappearance was linked to the gangs operating in the lawless region that could have ambushed them.

UNIVAJA representatives said Pereira and Phillips were with an indigenous patrol that was threatened by armed men on Saturday. The pair recorded the confrontation on a cellphone.

The disappearance of the two men, who both had years of experience working in the complex and inhospitable Amazon rainforest, sparked global concern from human rights groups, environmentalists, politicians and press freedom advocates.

In an emotional TV interview, Phillips' wife, Alessandra Sampaio, urged authorities to intensify their search efforts, “because we still have a little hope of finding them.”

“Even if I don't find the love of my life alive, they have to be found, please,” she added.

Pereira's family issued a statement calling for a robust search operation, adding that “we are also very hopeful that there was an accident with the boat and that they are waiting for help.”

President Jair Bolsonaro, who has faced tough questioning from Phillips at news conferences about policies that have weakened environmental law enforcement, said in a TV interview on Tuesday that the two men “were on an adventure that is not recommended.”

“It could be an accident, it could be that they were executed, anything could have happened,” he said. “I hope, and we pray to God, that they are found soon.”

Indigenous leader Sonia Guajajara, named by TIME magazine as one of the world's 100 most influential people, said in New York that violence against Amazon tribes was out of control. She spoke to John Kerry, President Joe Biden's climate change envoy, who she said was shocked and promised to look into the disappearance of the two men.

Phillips was researching a book about the Amazon and its environmental defenders. Pereira has been collaborating with UNIVAJA and other indigenous groups independently since he was removed from his role at Funai under Bolsonaro.