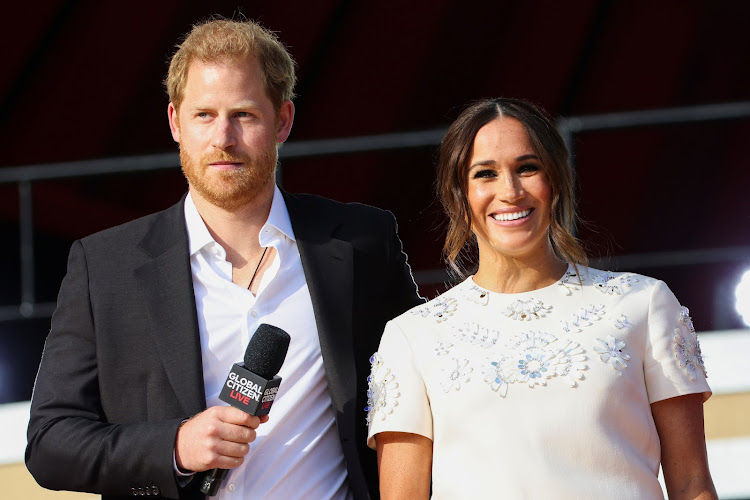 CONTROVERSIAL COUPLE: Prince Harry and Meghan Markle, seen here at the 2021 Global Citizen Live concert in New York in September, have previously claimed a member of the royal family had questioned how dark their son Archie's skin colour would be
Image: CAITLIN OCHS/ REUTERS

Prince Charles’s spokesperson on Monday rejected a claim made in a book that the heir to the British throne had questioned what the skin tone of Prince Harry and Meghan’s child would be.

In the book, Brothers And Wives: Inside The Private Lives of William, Kate, Harry and Meghan, author Christopher Andersen says Charles asked what the “complexion” of the child would be.

“This is fiction and not worth further comment,” Charles’s spokesperson told reporters in Barbados, where the prince will take part in celebrations marking the island’s move to a republic.

According to the Page Six celebrity news website, the book relates an alleged conversation between Charles and his wife, Camilla.

On the morning of Harry and Meghan’s 2017 engagement, Charles said: “I wonder what the children will look like?”

The book said Charles, lowering his voice, asked: “I mean, what do you think their children’s complexion might be?”

The book, due for release on Tuesday, stops short of claiming that Charles is the unidentified “senior royal” who Meghan in a March interview with Oprah Winfrey accused of raising concerns about how dark their son’s skin might be.

Meghan, whose mother is black and father is white, said her son Archie had been denied the title of prince because there were concerns within the royal family about how dark his skin might be.

After the Oprah interview, Buckingham Palace said the issues raised, particularly of race, were concerning, taken very seriously and would be addressed by the family privately.