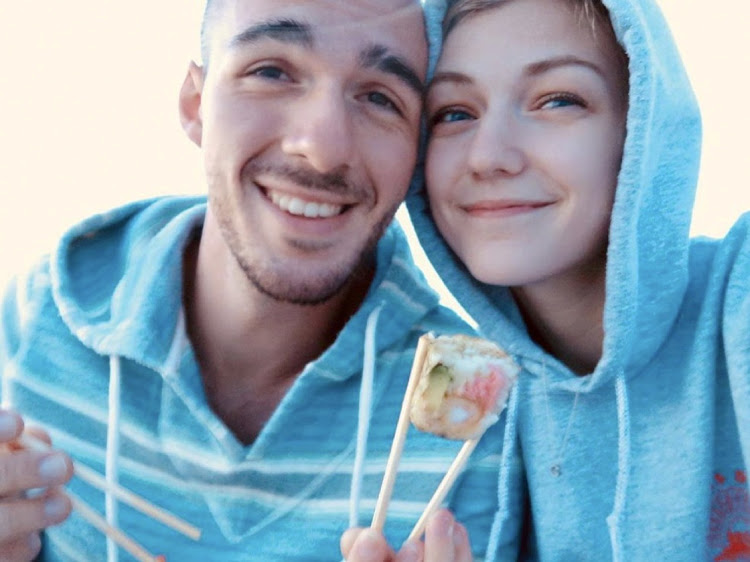 Gabrielle Petito, 22, who was reported missing on Sept. 11, 2021 after traveling with her boyfriend around the country in a van and never returned home, poses for a photo with Brian Laundrie in this undated handout photo. North Port/Florida Police/Handout via REUTERS/File Photo
Image: FLORIDA POLICE

Partial human remains found in a Florida wilderness area have been identified through dental records as belonging to Brian Laundrie, the boyfriend of murdered travel blogger Gabby Petito, the FBI said on Thursday.

The remains were discovered on Wednesday in the swampy Carlton Reserve not far from Laundrie's parents' home. Police and FBI agents had been searching for him there since his family reported him missing in mid-September.

Laundrie had been named a "person of interest" in Petito's disappearance but was never criminally charged in her murder. A federal grand jury in Wyoming indicted him on Sept. 23 on a single count of fraudulently using her bank debit card.

Petito's disappearance in late August during a cross-country "van life" road trip with Laundrie was followed closely by Americans as the case became an internet sensation and then a tabloid mystery.

Petito, 22, was last been seen alive on Aug. 26. Her body was discovered on Sept. 19 near the remote Spread Creek Dispersed Campground in Bridger-Teton National Forest in western Wyoming. Medical examiners found she had been strangled.

Her remains were found less than 300m from where, on the evening of Aug. 27, another pair of travel bloggers caught video images of the couple's 2012 white Ford Transit van parked along a dirt road.

Petito and Laundrie, who lived with Laundrie's parents in North Port on Florida's west coast, embarked on their trip in early July from New York's Long Island, where they had both attended high school.

As they traveled through Kansas, Colorado, Utah and points west, Petito documented their trip on social media with videos and pictures that depicted a loving couple on an American adventure.

On Aug. 12, a 911 caller reported that Laundrie was slapping and hitting Petito in front of the Moonflower Community Cooperative in Moab, Utah.

Moab police stopped the van on a highway near Arches National Park. Body camera footage showed Petito crying as she described an argument that escalated into her slapping Laundrie as he drove. The officers did not detain the couple but told them to spend the night apart.

Petito posted her final photo to Instagram on Aug. 25, the same day she last spoke to her mother by phone. The family believes the couple was headed to Grand Teton National Park in Wyoming at the time.