A few sceptical US hospital workers choose dismissal over vaccine 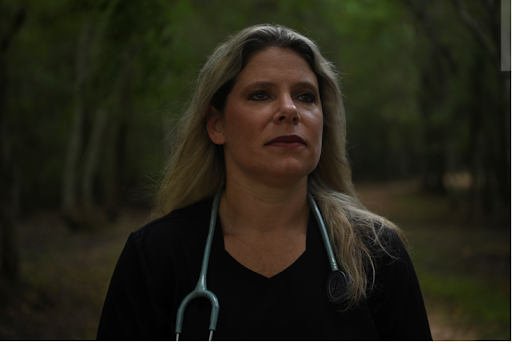 Jennifer Bridges, 39, an RN who was fired from her job after refusing the coronavirus disease vaccine, poses for a portrait at Jenkins Park in Baytown, Texas, US, on September 30, 2021.
Image: REUTERS/Callaghan O'Hare

Jennifer Bridges loved her job as a nurse at Houston Methodist Hospital, where she worked for eight years, but she chose to get fired rather than inoculated against Covid-19, believing that the vaccine was more of a threat than the deadly virus.

Bridges was among about 150 employees who were fired or resigned rather than comply with the requirement at Methodist, which was the country's first large health system to mandate vaccinations. About 25,000 other employees at the hospital system complied.

"I have never felt so strong about anything," said Bridges, 39, who lives in Houston. She was terminated from her $70,000 per year post on June 21, the deadline for employees to get a jab. "I did not feel there was proper research in this shot. It had been developed very quickly."

Houston Methodist is one of a growing number of private employers that have made vaccinations a requirement of the job. New York and California are among the states that have required vaccinations for healthcare workers.

Mandates have proven to be effective in boosting vaccination rates in healthcare. In New York, for example, Governor Kathy Hochul on Thursday said 92% of the state's more than 625,000 healthcare workers were inoculated, up from 73% on Aug. 16 when former Governor Andrew Cuomo laid down a September 27 deadline for vaccinations.

Then-Health Commissioner Howard Zucker said the mandate would "help close the vaccination gap" and reduce the spread of the highly contagious Delta variant.

Even so, there are pockets of resistance in the healthcare field. Those interviewed by Reuters said they had been immunised for other diseases, but said a lack of long-term data on the three Covid-19 vaccines available in the United States was reason enough for them to step into an uncertain future after years of job security.

Speaking in support of the vaccines available in the United States, medical experts have said they had received emergency use authorisation from the Food and Drug Administration in less than a year, instead of the usual several years, due to factors including ample funding and test subjects, piggybacking off earlier research, and international collaboration.

SLAP IN MY FACE

Many of the workers who walked away had enough financial wherewithal to allow them to stick to their convictions.

For Bridges, the high demand for nurses meant she could refuse the shot without sacrificing financial security. On the same day she was fired by Methodist, she started training for her next job at a private nursing company that has no vaccine mandate.

Nurse Katie Yarber also found a job after leaving Houston Methodist but only after going 12 weeks without a paycheck and depleting "a big chunk" of her savings. Still, she said she does not regret her decision to depart after 14 years of service.

Yarber, 35, said she would not get the vaccine because of her religious convictions, a stance that the hospital rejected. She is also wary of possible long-term side effects.

"I kind of felt like it was a slap in my face," said Yarber, who began working at the hospital as a medical records clerk before earning a nursing degree. "I went to work, I did my job, I did it with a smile. I was a really good employee."

Yarber, who said she has already had Covid-19, is now a work-from-home nurse case manager. She had a brief stint at Texas Children's Hospital but that ended when it too required vaccinations.

Carolyn Euart is one of about 175 workers dismissed last Monday after refusing vaccinations at Novant Health, a North Carolina hospital network. She is now considering a new career.

With 24 years as a patient services coordinator, Euart, 56, had planned to retire from Novant, but is now exploring opening a dessert restaurant and sweet shop.

After battling cancer since 2008, she felt the risk of a vaccine was greater than Covid-19, which four of her family members have had.

"I needed the job, but I didn't think that my job was worth my life," she said.

A Novant spokeswoman said on Tuesday that 99% of its more than 35,000 employees have been vaccinated against coronavirus.

Nationally, more than 77% of adults have received at least one vaccine dose, according to data from the Centers for Disease Control and Prevention. The country's Covid-19 death toll has surpassed 700,000, according to a Reuters tally.

In upstate New York, Andrew Kurtyko said he is ready to be fired from his $90,000 nursing job at Mount St. Mary's Hospital in Lewiston for refusing the shot. He knows he could earn more by working as a "travel nurse," taking temporary jobs around the country.

"Certainly with my years of experience, I'm pretty marketable," said Kurtyko, 47, a divorced father of a college student who has a mortgage to pay.

Like some other medical workers, Kurtyko questions the efficacy and safety of the vaccines. He is also seeking a religious exemption from the Catholic Hospital. If he is denied, he expects to lose his job on October 12.

Bob Nevens, 47, Houston Methodist's top risk manager for 10 years, also prefers to take his chances with Covid-19 over a vaccine. As a consequence, he became one of the country's first workplace mandate casualties in April.

Besides a lack of long-term data, Nevens said he refused Methodist's mandate because it did not acknowledge "natural immunity" for those who had already contracted Covid-19 and because vaccine manufacturers are shielded from liability.

He said he was not worried about money.

"Financially, I'm fine," he said. "Mentally, it's exhausting, because I didn't want to make that decision. I had planned on retiring from Houston Methodist."