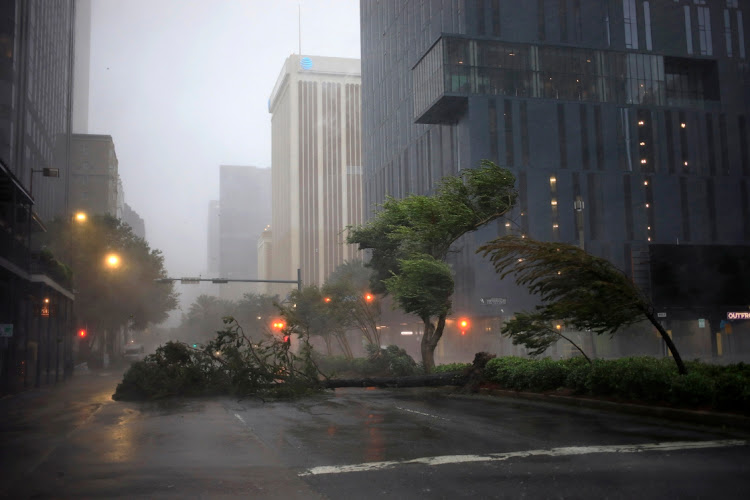 Trees sway in the wind from Hurricane Ida in downtown New Orleans, Louisiana, US, on Sunday, August 29, 2021.
Image: Luke Sharrett/Bloomberg

US President Joe Biden declared a major disaster in Louisiana and ordered federal aid to supplement recovery efforts in the areas affected by Hurricane Ida, the White House said on Sunday.

“Assistance can include grants for temporary housing and home repairs, low-cost loans to cover uninsured property losses, and other programs to help individuals and business owners recover from the effects of the disaster,” the White House said.

Hurricane Ida made landfall in the US on Sunday as an extremely dangerous Category 4 storm that was set to plunge much of the Louisiana shoreline under water as the state grapples with a Covid-19 surge already taxing hospitals.

It is the toughest test yet for the hundreds of miles of new levees built around New Orleans after the devastation of Hurricane Katrina, which made landfall 16 years ago to the day, inundating historically Black neighbourhoods and killing more than 1,800 people.

Louisiana Governor John Bel Edwards said Ida could be the state's worst direct hit by a hurricane since the 1850s. More than 122,000 Louisiana homes and businesses had already lost electricity, mostly in the state's southeast, according to the tracking site PowerOutage.

The state is also dealing with the nation's third-highest rate of new coronavirus infections. Hospitals were treating some 2,450 COVID-19 patients, Edwards said, with those in many of the state's parishes already nearing capacity.

Just three days after emerging as a tropical storm in the Caribbean Sea, Ida had swollen into a Category 4 hurricane on the five-step Saffir-Simpson scale with top sustained winds of 150 miles per hour (240km per hour), the NHC said.

Palm trees trembled as rain blasted in sideways through New Orleans on Sunday, where retired 68-year-old Robert Ruffin had evacuated with his family to a downtown hotel from their home in the city's east.

“I thought it was safer,” he said. “It's double trouble this time because of Covid-19.”

In the state capital of Baton Rouge, Marvin Broome said he had no choice but to stay home because his wife is the mayor, Sharon Weston Broome. The 73-year-old English teacher said in a telephone interview he was busy stashing the families valuables and important papers in a safe part of their home while Mayor Broome dealt with preparations for the city of 224,000.

Predicted storm surges were already happening, exceeding 6 feet (1.83m) in some parts of the coast. Parts of Highway 90 that runs along the Louisiana and Mississippi Gulf Coast had become a choppy river, according to videos posted on social media.

The NHC also warned of potentially catastrophic wind damage and up to two feet (61cm) of rainfall in some areas.

The National Weather Service station in New Orleans urged the many residents who have no interior rooms in their home to move to a closet or bathroom for protection. Some parishes imposed curfews beginning Sunday evening, forbidding people from going outside.

“We're as prepared as we can be, but we're worried about those levees,” said Kirk Lepine, president of Plaquemines Parish on the state's Gulf Coast.

Plaquemines, one of the most vulnerable parishes, is home to 23,000 people along the Mississippi delta stretching into the Gulf. Lepine feared water topping the levees along Highway 23.

Edwards told CNN on Sunday that he believed the state's levees would be able to withstand the storm surge, though he expressed some doubt about parishes, like Plaquemines.

“Where we're less confident is further south where you have other protection systems that are not built to that same standard,” he said. 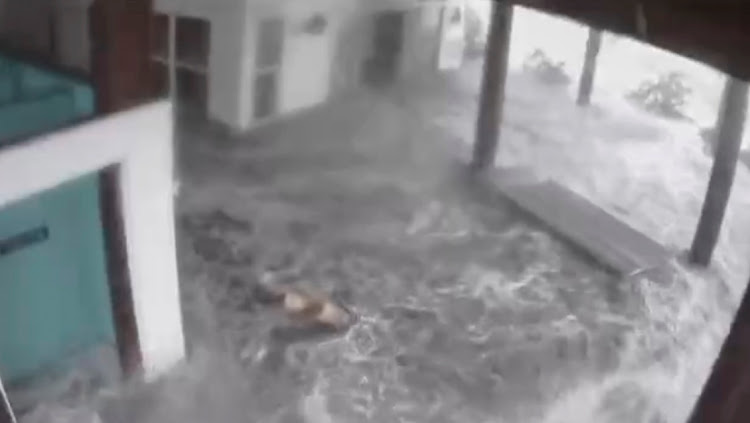 'EVERYONE WHO CARES ABOUT NEW ORLEANS IS WORRIED'

Edwards said it was impossible to evacuate patients from hospitals, and that state officials had been speaking with hospitals to ensure their generators were working and that they had more water on hand than normal.

Officials had ordered widespread evacuations of low-lying and coastal areas, jamming highways and leading some gasoline stations to run dry as residents and vacationers fled.

“Everyone who cares about New Orleans is worried,” said Andy Horowitz, a history professor who wrote “Katrina: A History, 1915-2015.” Horowitz fled to Alabama with his family from their home near New Orleans' French Quarter.

Some $14 billion was spent strengthening levees after Katrina, but the stronger walls in many places may still be insufficient in the face of climate change, he said. Climate change has led to more intense and wetter hurricanes in the region.

Utilities were bringing in extra crews and equipment to deal with expected power losses. US President Joe Biden said he has co-ordinated with electric utilities and 500 federal emergency response workers were in Texas and Louisiana to respond to the storm.

US energy companies reduced offshore oil production by 91% and gasoline refiners cut operations at Louisiana plants in the path of the storm. Regional fuel prices rose in anticipation of production losses and on increased demand due to evacuations.

Coastal and inland oil refineries also began to cut production due to the storm. Phillips 66 shut its Alliance plant on the coast in Belle Chasse, while ExxonMobil Corp cut production at its Baton Rouge, Louisiana, refinery on Saturday.

The damage from Hurricane Ida was widespread and extensive in Louisiana. Houma, Louisiana was hit very hard. #LAwx pic.twitter.com/GAsOKYgoay

Big winds & rain hitting New Orleans from Hurricane #Ida! Reporting in from our @WCKitchen hotel downtown…Imagine what it’s like without protection of buildings! We are already getting reports of major destruction near Houma…and Power is now out here in NOLA! #ChefsForLouisiana pic.twitter.com/ZepHOuO8SO

If you’re wondering how windy it is here in McComb, it’s windy enough to where I’m not sure how much longer this steeple will make it. Stay off the roads and be safe! #HurricaneIda @WLBT pic.twitter.com/5RU80FmHRo