'What was the point?' Afghans rue decades of war as US quits Bagram 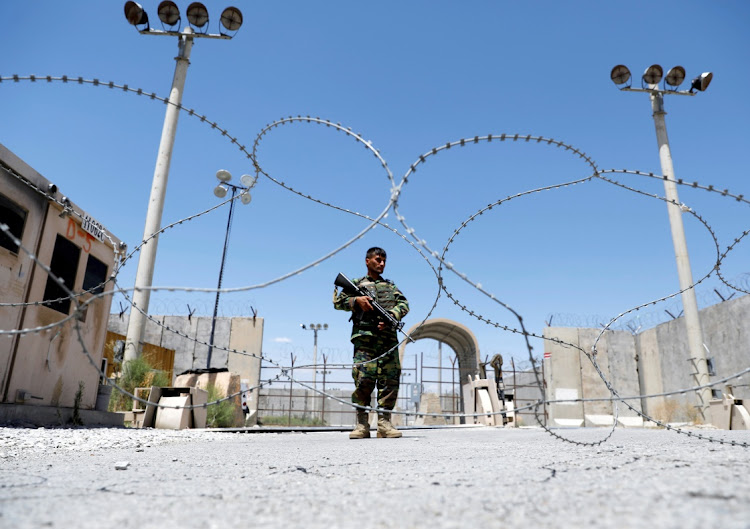 An Afghan National Army soldier stands guard at the gate of Bagram US air base, on the day the last of American troops vacated it, Parwan province, Afghanistan July 2, 2021.
Image: REUTERS/Mohammad Ismail/File Photo

As American troops left their main military base in Afghanistan on Friday, marking a symbolic end to the longest war in US history, locals living in the shadow of the base and in nearby Kabul were left ruing the past and bracing for what comes next.

Violence has been raging throughout Afghanistan in the weeks since President Joe Biden announced troops would withdraw unconditionally by September 11.

With peace talks in Qatar stuttering, and roughly a quarter of the country's districts having fallen to the Taliban in recent weeks according to one study, many are concerned that chaos looms.

Malek Mir, a mechanic in Bagram who saw the Soviet Army and then the Americans come and go, said he was left with a deep sense of sadness at the futility of a foreign presence.

“They came with bombing the Taliban and got rid of their regime — but now they have left when the Taliban are so empowered that they will take over any time soon,” he said.

“What was the point of all the destruction, killing and misery they brought us? I wish they had never come.”

More than 3,500 foreign troops have been killed in a two- decade war, which has claimed over 100,000 civilians since 2009 alone, according to United Nations records.

Some, however, say the presence of foreign troops distorted Afghanistan's economy and that it is time for the country to stand on its own.

“The Americans leave a legacy of failure, they've failed in containing the Taliban or corruption,” said Sayed Naqibullah, a shop owner in Bagram. “A small percentage of Afghans got so rich, while the vast majority still live with extreme poverty.

In the nearby capital, the news was a fresh reminder of the growing panic that has been gripping many parts of Afghan society, particularly in urban areas, since Biden announced the withdrawal in April.

“All the people are worried that if foreign forces leave Afghanistan, the Taliban will take over. Then what will we do?” asked Zumarai Wafa, a Kabul shopkeeper.

Wafa and others described a slump in business and signs of many urban residents trying to flee the country, with hundreds lined up outside embassies seeking visas.

Medical student Muzhda, 22, who asked to be identified by only one name for security reasons, said her family had decided to leave the country because of the deterioration in security.

She said she wondered what future awaited women if the Taliban came back to power and restricted access to education for women, as they did during their previous time in power.

The Taliban say they have changed and that they will make provisions for women's rights in line with cultural traditions and religious rules.

Still, Muzhda said she feels bereft and let down by the American departure.

“The withdrawal of foreign troops in the current situation is irrational,” she said. “It is now clear that the Americans came here for their own purposes, not to help and co-operate with Afghanistan.”

“I'm very sad and disappointed, I had many dreams that will not come true.”