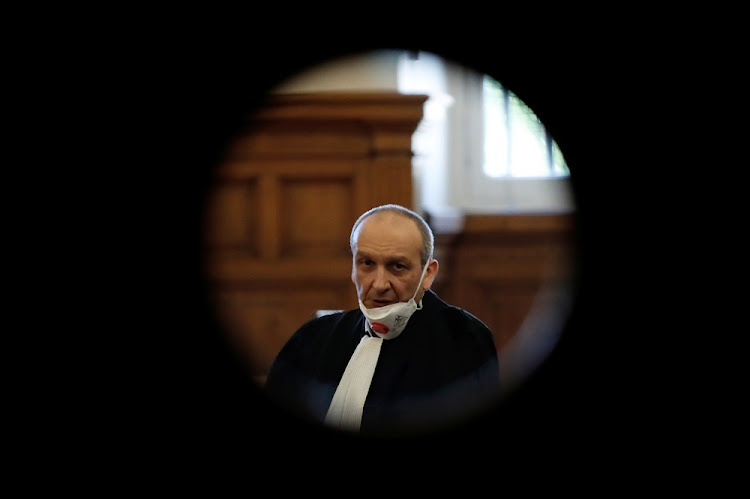 A UN court registered a plea of "not guilty" for Rwandan genocide suspect Felicien Kabuga at his lawyer's request on Wednesday after he remained silent during his initial appearance.

Kabuga, 85, appeared frail and did not respond to questions from judges. He was arrested in France in May after decades on the run and transferred to a United Nations detention centre in The Hague on Oct. 26.

"We have talked about this with Mr Kabuga before the hearing and he does not wish to answer in these conditions. I would appreciate it if you would consider his non-response as a plea of not guilty," lawyer Emmanuel Altit told the court, after the presiding judge asked Kabuga to enter a plea.

Judge Iain Bonomy entered the not guilty plea and ordered an assessment of Kabuga's health.

Prosecutors have charged Kabuga with five counts of genocide, accusing him of operating a hate speech radio station which fanned the flames of ethnic hatred against people identified as Tutsis during the 1994 killings in Rwanda.

They say the former tea and coffee tycoon also financed ethnic Hutu militias who killed hundreds of thousands of Tutsis and moderate Hutus in Rwanda during a 100-day period in 1994.

Kabuga dismissed the accusations against him as "lies" during French extradition hearings.

Former UN tribunals for war crimes in Rwanda and Yugoslavia have been rolled over into a successor court that has offices in The Hague, Netherlands, and Arusha, Tanzania.