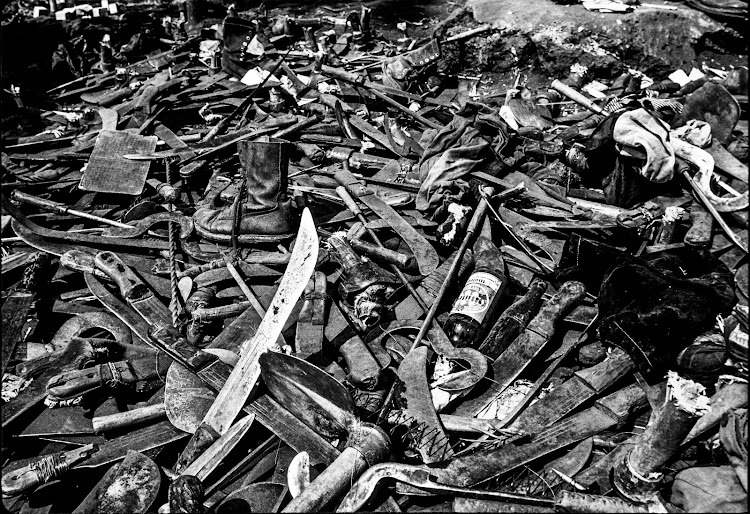 Machetes, pangas and other implements confiscated from Rwandan Hutus at the Zairian border, 1994. These are just some of the weapons used to carry out the genocide against Tutsis in neighbouring Rwanda.
Image: Supplied

The remains of a fugitive major suspect from the 1994 Rwandan genocide have been identified in a grave in Congo, a United Nations war crimes prosecutor said on Friday.

In a statement, prosecutor Serge Brammerz said Augustin Bizimana, who was indicted on 13 charges, including genocide, in 1998, is believed to have died in Pointe Noire, in the Republic of the Congo, in 2000. His remains were identified by DNA testing.

The announcement follows the arrest in Paris last week of Felicien Kabuga, another of a handful of prominent suspects from the Rwandan genocide who had been fugitive for more two decades.