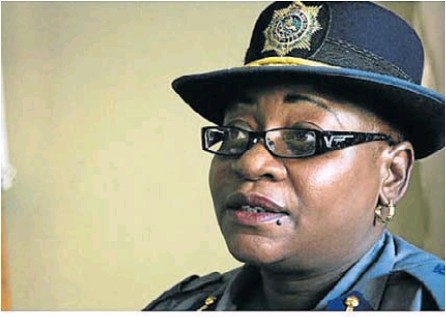 The army’s communications department said they would conduct snap searches that would include confiscating camouflage fashion apparel.

According to section 99 (2) (c) of the Defence Act‚ civilians are barred from wearing anything resembling military gear.

“Members of the public are urged to voluntarily surrender these clothing items to the search teams before the searches are conducted, or surrender them to the nearest police station or camp,” the army said.

“Please be warned and comply accordingly to avoid any inconveniences that might be caused by the exercise.”

During the riots from January 14 to 16 that led to thousands being arrested – and left at least 12 dead and hundreds wounded, the army blamed rogue soldiers and deserters for causing mayhem.

Human rights groups shared videos online of soldiers and police moving door to door in urban areas‚ beating up and shooting people suspected to have participated in protests.

“Some of the uniforms worn by criminals were seized by rogue elements during the recent riots in Epworth and Chegutu,” senior police assistant commissioner Charity Charamba said at the time.

“A case in point is the arrest of five robbers in Epworth‚ Harare‚ on January 14 who were using police and military regalia to commit armed robberies after hiring vehicles from rental companies.”

But the opposition MDC Alliance rejected the stolen uniforms narrative as a mere cover-up.

“They can’t expect us to believe that state security agents were robbed of their own uniforms,” MDC leader Nelson Chamisa spokesperson Nkululeko Sibanda said.

Last week‚ a Harare man‚ Shepherd Magorimbo‚ admitted in court to terrorising residents while wearing a military uniform he got from the Zanu-PF headquarters.

“We were given the uniform at the party office‚” he told the Harare magistrate’s court.