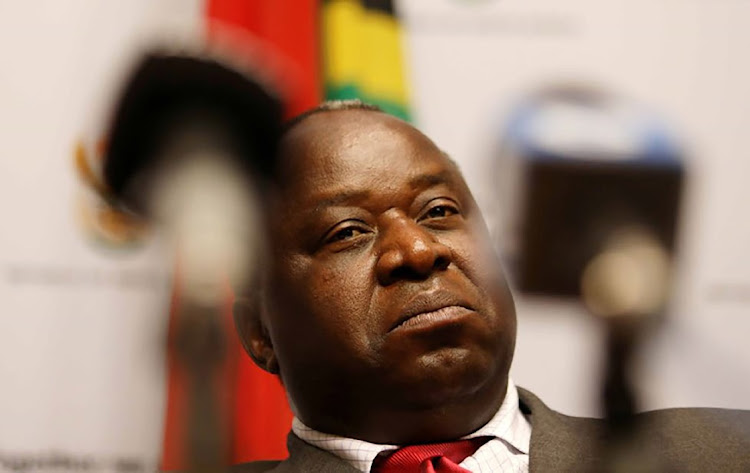 In a wide-ranging interview with eNCA's JJ Tabane on Monday, Mboweni rejected the notion that the wealthy Oppenheimer family was in full control of the country's economy, saying the real power lay with the unions which owned 30% of the companies listed on the Johannesburg Stock Exchange (JSE).

He said according to his calculations, the Public Investment Corporation (PIC), which invests civil servants' pensions in trading companies on behalf of the state, owned what he called a controlling shareholding in 30% of JSE-listed companies.

“The trade unions are there to protect the interests of their members. The largest trade unions in SA are Nehawu [National Education, Health and Allied Workers' Union], Popcru [Police and Prisons Civil Rights Union] and Sadtu [SA Democratic Teachers Union]. They are the ones who own about 30% of the JSE. If you talk about capital, they are the capitalists,” Mboweni said.

He paused and said: “I think I will be in trouble for that statement.”

While still in office, Mboweni clashed and publicly differed with union leaders about issues including his view of the SA economy.

Asked about the other 70% of the JSE, he said: “It's owned by you, pension funds, my pension fund, somebody else. There's nothing like the Oppenheimers owning the SA economy. It doesn't exist. It's technically and scientifically nonexistent.”

According to Mboweni, the trade unions are not using their collective power properly by being on the boards of the companies they own to “provide leadership”.