Gordhan vs Moyane was a clash of egos that had nothing to do with state capture: Zondo report

According to state capture commission chair Raymond Zondo, Pravin Gordhan and Tom Moyane simply could not stomach each other 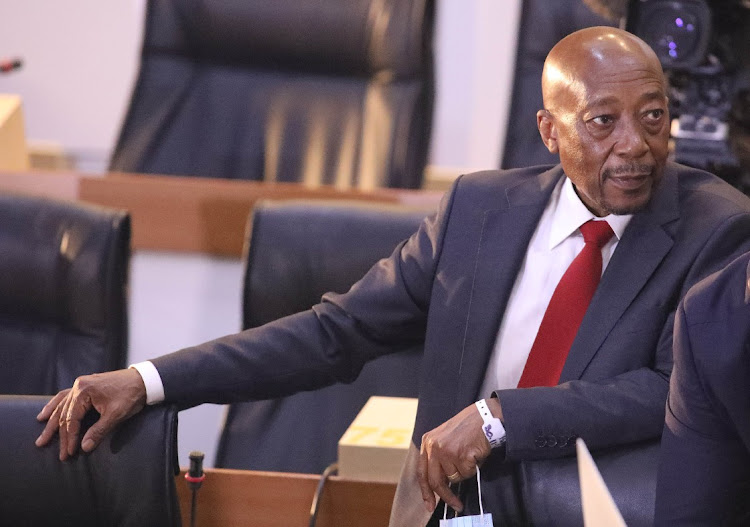 Part 1 of the state capture inquiry's final report has found that the notorious cross-examination of former finance minister Pravin Gordhan by ex-Sars boss Tom Moyane’s legal representative Dali Mpofu SC added no value to the work of the commission.

According to acting chief justice and chairperson of the commission, Raymond Zondo, Gordhan and Moyane simply could not stomach each other as people who were once colleagues, and their exchange at the oral hearings affirmed this.

Many will remember the cross-examination for its chaos and often heightened emotions between the minister, his legal representative and Mpofu, on behalf of Moyane.

Zondo said Moyane’s beef with Gordhan was not aligned to the terms of reference of the commission.

Zondo added that most of what Gordhan was questioned about during the cross-examination had nothing to do with proving whether Moyane had aided state capture as alleged, but was rather a contest of two egos.

“As it turned out, a great deal of the cross-examination of minister Gordhan went far beyond the five topics, and concentrated on the clear personal animosity between the two men and the alleged origins thereof, which have no direct bearing on state capture.

“So too a lot of what minister Gordhan testified about concerning Mr Moyane’s alleged involvement in state capture was either based on hearsay or on the so-called ‘public narrative’. Neither of these sources of information assisted the work of the commission and no findings need be made thereon,” he writes.

The chairperson said even other allegations levelled against Gordhan by Moyane amid their animosity — which included “jealousy” and “general arrogance” — had little to do with the question of state capture that the commission had to confront.

Zondo, however, took exception to Moyane’s accusation that Gordhan was racist towards him, in particular, and to African people in general.

“I do, however, observe that to accuse the minister of racism was not only unjustified but particularly unfortunate, given his struggle history,” wrote Zondo.

According to Zondo, much as the tussle between Moyane and Gordhan did little to advance the objectives of the commission, the latter’s evidence on its own was helpful as it corroborated testimonies by other witnesses.

“[Gordhan] observed first-hand that Mr Moyane refused to answer to him as the responsible minister, instead running Sars as he wished; would not reveal and discuss what changes he was making at Sars; refused to discuss his new operational model; and carved out some of the institutions most senior people as well as Sars’ compliance capacity.

“This is important evidence of the capture of the institution.”

The Zondo report has fingered Moyane and former president Jacob Zuma for bringing the tax collection agency to its knees.