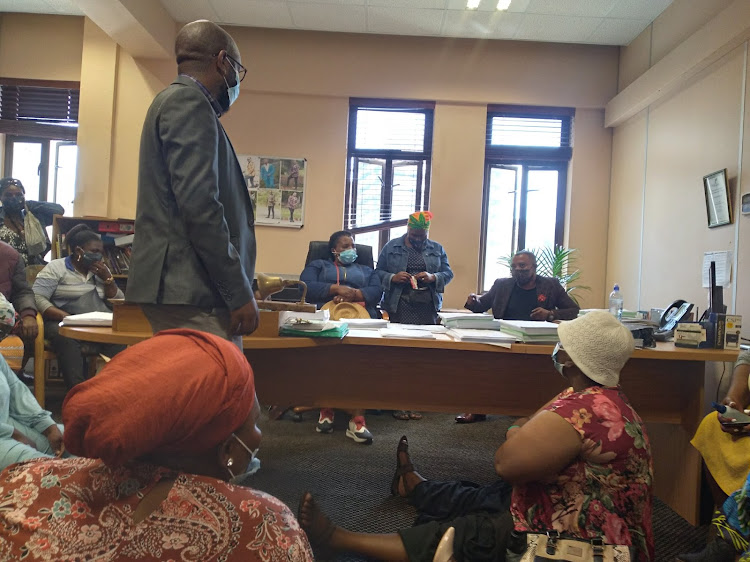 NOT HAPPY: Ward committee members have disputed the termination of their contracts despite their term aligning with the local government elections
Image: YOLANDA PALEZWENI

The two groups protested at different entrances to the building, one in the front and the other at the back.

The business owners demanded answers on the progress of payment to Sicelo Kubashe Black Consulting Group (SKBC), an implementing agent hired to facilitate and allocate projects to SMMEs in the metro’s 60 wards.

The fed-up SMMEs said they were informed the payments would be fast-tracked once outstanding documentation was provided by SKBC.

Bay Local Business Committee (LBC) secretary-general Masixole Mashelele, however, said there had been no payments and officials failed to provide feedback.

The members disputed the termination of their five-year contracts, money still owed and that training and cellphones were never provided.

The terms of office of ward committees are aligned to the elections, which means their election lasts five years.

“The cost of living is too high and a stipend never increases.”