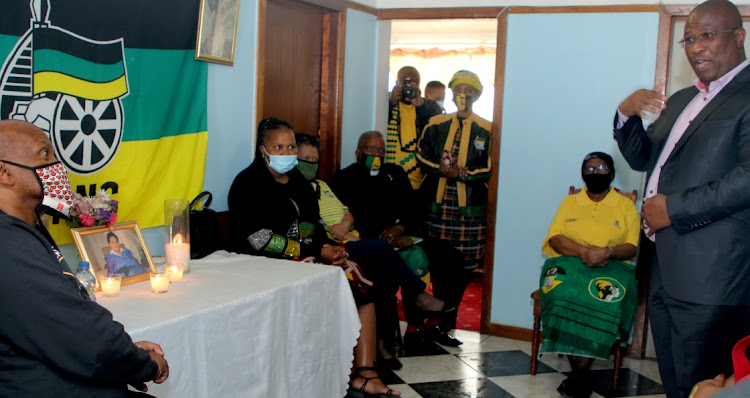 A strong and selfless comrade — these were the words used to describe former ANC MP Nocwaka Lamani by Eastern Cape premier Oscar Mabuyane on Tuesday.

Mabuyane visited Lamani’s family after the 90-year-old’s death in a Gqeberha hospital on Wednesday last week.

Lamani’s son, Xhanti, said the family would follow in her footsteps and help the vulnerable in society.

“We never wanted to send her to an old age home,” he said.

“We rather took care of her ourselves just as she did for us.

“We are what we are because of her.”

Lamani was praised for dedicating her life to the liberation of SA.

She served as an MP between 1994 and 2004. She sat on the health portfolio committee.

Mabuyane said Lamani knew the meaning of sacrifice and selflessness and that the party was still trying to instil that culture.

“We are here to send condolences because you’ve lost a loved one, let’s mirror ourselves on her and see how best can we do to be like her,” he said.

“As the government we wish to do more for uMama, but we are still going to sit with the family and see how we can keep her name alive and honour her.”

Lamani will be buried on Wednesday.