Thunderous welcome for Ramaphosa in Magashule’s home base 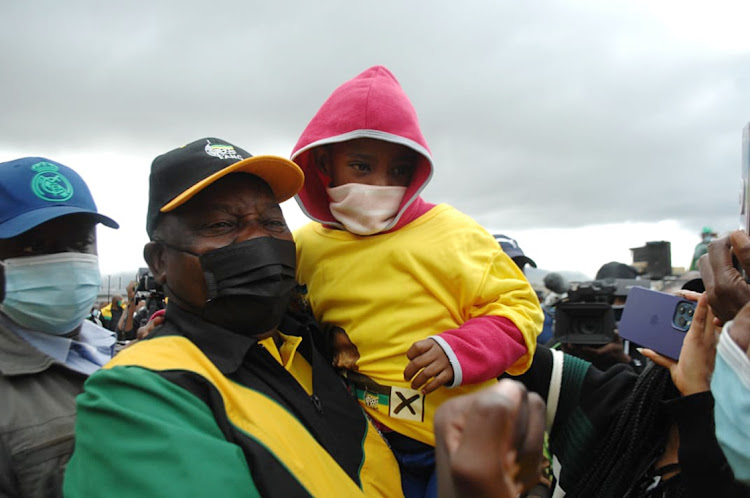 ANC President, Cyril Ramaphosa takes pictures with a child wearing an ANC T-shirt during his campaign at Intabazwe Community Staduim in Maluti A Phofung in the Free State on Sunday.
Image: Ziphozonke Lushaba

Ramaphosa has taken his ANC local government election campaign to the Free State starting on Sunday where thousands were waiting for him before he arrived.

When he did arrive, the fired-up crowd was screaming, ululating, singing and dancing with the stadium a sea of gold with people in ANC T-shirts.

He acknowledged that the ANC in Maluti-a-Phofung local municipality had failed its residents.

Among other leading problems, he said, was lack of clean running water and decent housing with residents in the municipality having last received state-sponsored housing 22 years ago.

Ramaphosa appealed to the community to give the ANC another chance to make amends.

He blamed “sabotage” for the water cuts saying it was not normal that Harrismith had two dams but was having problems with running water.

“The ANC comes before you saying we accept our shortcomings. We will make amends and we start at the municipal council which is failing you,” said Ramaphosa. 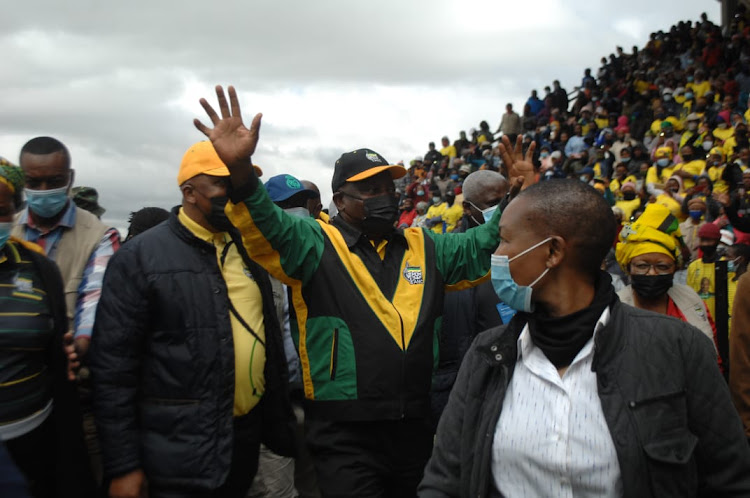 “Elect the ANC back into office to turn things around. We shall no longer tolerate incompetence, you mess up we show you the door. If you can't locate it we show you the window.”

Ramaphosa will continues the campaign in the Free State on Sunday by moving to QwaQwa.