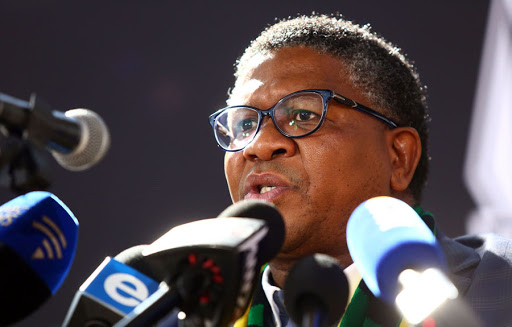 The ANC is concerned that internal squabbles — some of it fuelled by a protection racket group calling itself “Boko Haram” — could lead to another defeat in the capital of Tshwane come the November 1 election.

The governing party’s election boss, Fikile Mbalula, aired these fears on Monday on the sidelines of a peacemaking mission at the St George’s Hotel in Tshwane.

Scores of ANC members from branches gathered at the hotel to get the ear of ANC deputy president David Mabuza, acting secretary-general Jessie Duarte and former ANC second-in-command and SA president Kgalema Motlanthe.

The group was comprised of members who feel aggrieved and hard-done by, claiming that some of their comrades manipulated their way on to the ANC's list of candidates due for deployment as councillors after the elections next month.

Mbalula said barely 10 complaints were legitimate, while he characterised many of the complaints as “frivolous” and promulgated by people with sour grapes for missing out on making it on to the list.

According to Mbalula, the chaos in Tshwane ANC structures was similar to that seen before the 2016 local government polls, which ultimately led to the party losing control of the country’s capital.

If these problems are not resolved amicably, he said, the ANC might well kiss its chances of wresting the city from the DA-led coalition government goodbye.

“In Tshwane we lost in the last elections because of disputes and infighting. Of course the disputes and working against the ANC within the ANC itself will reduce our chances and will make us lose elections like we did before,” said Mbalula

It was for this reason that the ANC was leaving nothing to chance and bringing in the big guns, such as Motlanthe, with the hope of restoring order in Tshwane party structures.

Mbalula said the diagnosis of the causes of the current chaos was the ANC’s infiltration by a group called “Boko Haram” — individuals infamous for demanding a protection fee and bribes from companies that get business with the city.

“There is also an element of thuggery. Thugs have infiltrated the ANC. That is the honest truth. We have funny characters and names and organisations called Boko Haram ... What is that?

“If you are so important in your ward and you think you can contest and the ANC has done no good for you, why don’t you stand as an independent? But no, they want to stand in the ANC list at all cost.

“The extent of the infiltration [by 'Boko Haram'] ... we feel it in the expression of the anarchy, we see that is un-ANC,” said Mbalula.

“Boko Haram”, added Mbalula, was engaging in acts of sabotage against the ANC campaign process because their candidates had not made the cut. Such acts included staged protests as well as taking down ANC election posters around Tshwane.

“In Tshwane, genuine disputes are not more than 10. The rest are manufactured. The modus operandi is, ‘I have lost and I go and mobilise against the person who won’," said Mbalula.