Opposition parties call for the removal of premier Oscar Mabuyane 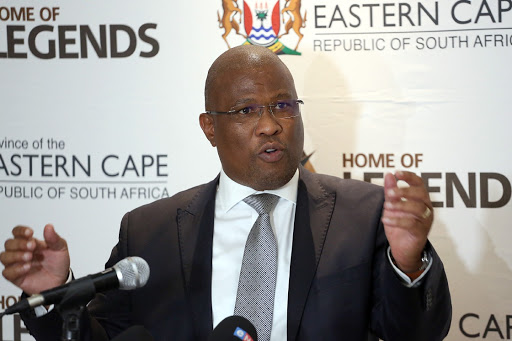 Opposition parties in the Eastern Cape are calling for the removal of premier Oscar Mabuyane, following a damning report by the public protector stating that public funds were used to renovate his East London home.

The EFF and the DA want Mabuyane out of office.

On Friday, Public Protector Busisiwe Mkhwebane released a report on her team’s investigation into how money meant to be used for the transportation of people to a memorial service for the late Winnie Madikizela-Mandela in 2018 was spent.

The investigation came after Mthombeni Projects director Lonwabo Bam came forward in 2019, saying he had submitted a R1.1m invoice to the municipality though he had not done work for it.

R450,000 was allegedly used to pay for renovations to Mabuyane's East London home for a "better flow" into the living room.

Following the reports release, Mabuyane said he would challenge it adding that he had instructed his legal representatives to take the report on judicial review.

"The minimum resources available to the municipalities and provincial government should be utilised to resuscitate the provincial industrial activity and job creation, but the ANC politicians continue to squander the same resources for their selfish criminal ends."

"The evidence of the circumstances relating to the payments made are such as to give rise to an irresistible inference that [then human settlements MEC Babalo] Madikizela and [Mbizana’s municipal manager Luvuyo] Mahlaka knew that R1.1m paid to Mthombeni Projects were derived from an unlawful activity, while there is a reasonable apprehension or probability that Mabuyane also knew or reasonably ought to have known the same," Mkhwebane wrote in her report.

Tetyana called on the removal of the three from office.

"The EFF will further open a case of corruption against Oscar Mabuyane, Babalo Madikizela, Luyolo Mahlaka - the Winnie Madikizela Mandela Local Municipality manager, and every other culprit who benefited from this corruption, and will ensure that they are all jailed and removed from the provincial government and municipalities."

"It is galling that the premier and his executive can walk around and preach about tackling corruption, good governance and consequence management, when he himself has had his hand in the cookie jar the entire time!

"The premier is quick to talk about dehumanising residents and undermining their constitutional rights.

"How many poor people from Mbizana are suffering, while the premier relaxes in his luxurious multi-million-rand home, paid for with money stolen from the public purse that was meant to improve their lives?"

Whitfield said it was not a question of whether Mabuyane could give back the money he received but whether or not he committed wrongdoing by taking the money in the first place.

"How can we trust this premier to fight the cancer of corruption in our province, when the Public Protector herself has found he is corrupt," Whitfield said.