Mmusi Maimane on DJ Shimza defending R15m EC stadium: ‘I told him he was messing up’ 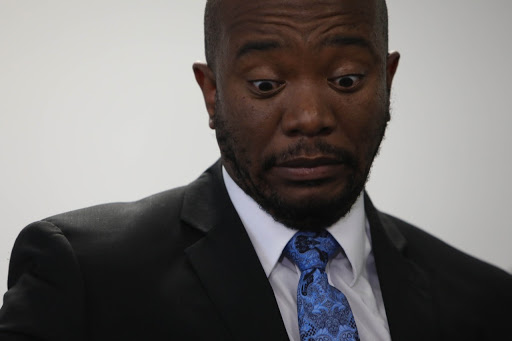 One SA Movement leader Mmusi Maimane has criticised DJ Shimza for defending the R15m cost of the controversial Lesseyton sports facility in the Enoch Mgijima municipality in the Eastern Cape.

Maimane tore into the ruling party’s alleged corruption during a media briefing on Wednesday, and called on South Africans to unite against corruption.

“We must unite. The criminals are united and if we are divided, they will keep winning ... The people are hungry, they don’t have jobs. But you know who has everything? The politicians,” said Maimane before reflecting on this “new low of ANC corruption”.

“They built an unbelievable stadium. They call a chicken shed a stadium for R15m. Even Shimza tried to spin this, but I told him 'you’re messing up',” said Maimane.

The pair engaged in a heated exchange on Twitter on Tuesday after Maimane lambasted the facility’s cost. Shimza said he had seen comments from people who work in construction and “engineers” who implied the cost was not far-fetched.

The DJ also questioned Maimane’s experience in construction, but Maimane responded by alleging Shimza was defending the government because he scores tenders, which he attributed to Shimza’s romantic relationship with head of government digital communications Athi Geleba.

The Eastern Cape government came under fire on Monday during the opening of the facility in the northwest of Komani, formerly known as Queenstown.

Pictures of the facility made rounds on social media, leaving many sceptical about the price tag attached to it. The facility is meant to host soccer and rugby players from over six surrounding villages.

TimesLIVE reported on Wednesday that Eastern Cape co-operative governance and traditional affairs MEC Xolile Nqatha asked the municipality to give him a full report on the project.

Enoch Mgijima municipality spokesperson Lonwabo Kowa said the project was justified, and the R15m costs were not just for what was seen in the pictures that were circulating.