Premier reacts to murders of three ANC members on Saturday 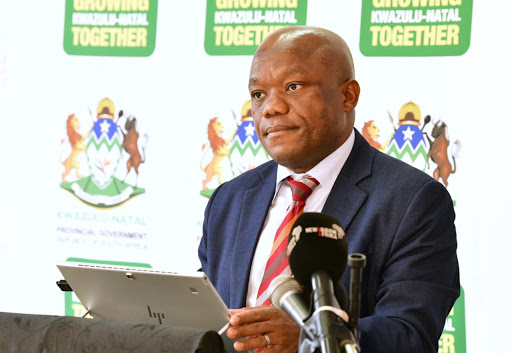 KwaZulu-Natal premier Sihle Zikalala says no election is worth the blood of innocent people.

He was speaking after the murder of three women outside an ANC branch meeting in Inanda, north of Durban.

The women, aged between 34 and 60, were part of a group of people standing at the front gate of a primary school when occupants in a black Opel Corsa opened fire on them before fleeing the scene on Saturday afternoon.

Five others were injured during the shooting.

Police are investigating three counts of murder and five of attempted murder.

At a media briefing on Sunday Zikalala said: “The reports we are receiving are that the three innocent women met their untimely death while participating in an internal party democratic activity in preparation for the upcoming elections.

“We are deeply shocked, concerned and saddened by this brutal assassination of innocent citizens.  We believe this is the work of thuggish elements who kill with impunity.

“We must not allow them to find a place to hide in this province.

“The killings bear the hallmarks of a desperate effort to use intimidation and violence as a way of frustrating the will of the people and subverting our democracy.

“We call on the police to hunt criminal elements who thrive on such violence.

“There is no election or vote that is worth the blood of our innocent citizens.

“We call upon the community to unite and work with the police to expose those who seem to believe winning an election or becoming a candidate must happen at all costs, even if it means jumping over the corpses of innocent people,” he said.

The ANC Women’s League (ANCWL) in the province has also condemned the shooting, saying it was shocked by the “extent of violence which led to the killing of three ANC members”.

“The shooting of delegates standing outside the meeting has a negative impact on our democracy.”

Provincial secretary Nonhlanhla Gabela said the league was concerned “that several other people could face senseless murders if police fail to step up their policing strategies during this time as the country prepares for local government elections.

“The violent incidents are worrying as they happen when people are supposed to exercise their democratic rights as enshrined in the constitution.

“We find the use of violence on an unarmed group of women or delegates appalling. While we have no idea what led to the shooting, such acts of violence remind us of unpleasant scenes when people were killed for what they believed in.

“As a province, we have lost many lives due to political violence. We never thought that during this time, in a democratic country, we would witness the killing of defenceless women,” said Gabela.

“There is no way we can rule out political violence with these murders as the deceased were participating in a political gathering. We call on law enforcement agencies to restore order at these gatherings to avoid more bloodbaths. The violent attacks on our people must stop,” she said.