Malusi Gigaba alleges there's a plot against him, with Norma Mngoma used as part of the conspiracy 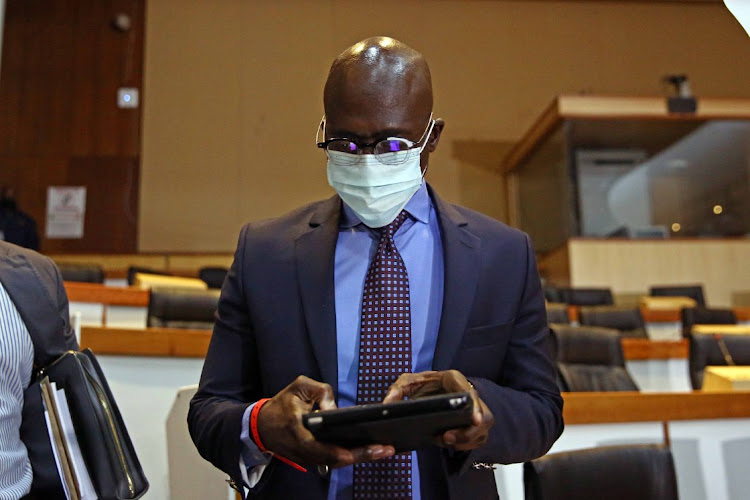 Former cabinet minister Malusi Gigaba has alleged that his estranged wife Norma Mngoma was an asset used in a conspiracy against him by organs of state.

Gigaba was testifying about the case which led to the Hawks arresting Mngoma. Her electronic devices were confiscated during the arrest. She was arrested after she allegedly scratched a Mercedes-Benz G-wagon belonging to Gigaba’s friend.

The arrest has since been found unlawful and an abuse of power.

At the time of the arrest, Gigaba had lodged a complaint with the Hawks about threats to his life, with Mngoma apparently investigated in connection with the complaint.

“Crime Intelligence, state security and certain people in the NPA were involved in a plot of sorts, a political plot of sorts, which involved me. When Ms Mngoma was arrested, it interfered with their asset that is Ms Mngoma.

“Therefore, they created a situation where they had to do everything in their power to vilify me and that is how this whole case panned out,” said Gigaba.

He said that it was information at his disposal which led him to this conclusion.

Gigaba said he was not party to the court case and his side of the story was not heard.

“Here you were dealing with the fact that property had been damaged, a confession had been obtained, the person who had done this was available,” said Gigaba.

He said as a former minister he had no power and had not filed a charge against Mngoma. Instead, he said he had alerted the Hawks to the matter because of his earlier complaint about receiving death threats.

Gigaba also denied the allegations that he owned 200 suits and that he carried cash in a sports bag, a claim previously made by one of his VIP protectors, named Witness 3, at the inquiry.

Gigaba said allegations that he took out cash to buy suits at Fabiani in Sandton were not true because after 2013 he was wearing tailored suits.

He revealed he used to buy suits at the shop in the early 2000s and was even a model for the shop, with his face at their store in Cape Town.