These government departments are worst for non-payment of invoices 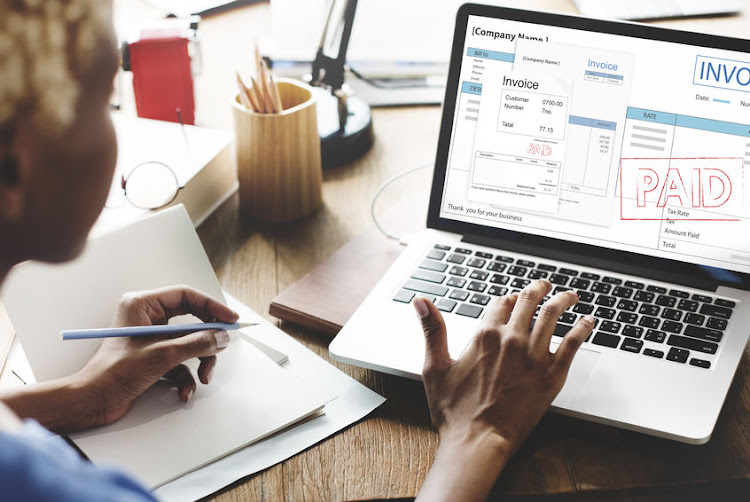 The failure by government departments to honour their financial obligations to suppliers has harmed the economy. Stock photo.
Image: 123RF/rawpixel

The Public Service Commission (PSC) has identified the departments of water and sanitation alongside public works and infrastructure as the most delinquent government entities for the non-payment of invoices.

This was an indication of an overall lack of internal controls and consequence management mechanisms to uphold accountability, it said.

These sentiments were expressed by commissioner Mike Seloane on Wednesday, as the commission released its quarterly bulletin, which focused on the professionalisation of the public service and non-payment of government suppliers by departments, among other things.

Seloane said though there had been a slight improvement in certain departments settling their invoices, some continued to pay suppliers late or not at all.

“What is concerning to the PSC is that some departments even fail to submit compliance reports to National Treasury despite this being a specific requirement of the PFMA [Public Finance Management Act] and the National Treasury's instruction.

“During that period of monitoring, the PSC has been inundated with requests for assistance by suppliers that have not been paid by government institutions. This shows the overall lack of internal controls and consequence management mechanisms to ensure the upholding of accountability within these departments and or government institutions.

The department of water and sanitation, steered by minister Lindiwe Sisulu, failed to settle:

Meanwhile, the Property Management Trading Entity (PMTE) of public works and infrastructure, under the leadership of minister Patricia de Lille, failed to settle:

The commission slammed the department of agriculture, land reform and rural development, alongside the department of environment, forestry and fisheries, who failed to submit the required exception reports as required by the Treasury.

The failure by government departments to honour their financial obligations to suppliers has brought untold harm to the economy of our country, with many suppliers having to close down as a result of lack of cash flow.

“What is more, the department of environment, forestry and fisheries has not submitted its exception reports to National Treasury for the whole of the 2020/21 financial year. This is despite the PSC consistently highlighting its concern in this regard, suggesting that the ... department is not taking the advice of the PSC as a constitutional body seriously.

“The constitutional values and principles require the public service to uphold accountability at all times and where there is a lack of adherence, consequence steps must be taken in line with the PFMA.”

A provincial breakdown of non-payment of suppliers as of March revealed the Eastern Cape, KwaZulu-Natal, the North West, Mpumalanga and Gauteng as the worst culprits and repeat defaulters.

The Eastern Cape failed to settle 64,711 invoices between January and March, worth more than R7bn combined.

“The PSC wants to express its concern regarding the significant increases in the Eastern Cape for both the numbers of invoices and the related cost,” said Seloane.

“The failure by government departments to honour their financial obligations to suppliers has brought untold harm to the economy of our country, with many suppliers having to close down as a result of lack of cash flow, as previously highlighted by the PSC.”

The commission said it recorded 872 cases of alleged corruption in the fourth quarter of the 2020/21 financial year. This was a decrease compared to 1,591 cases recorded in the previous year. These ranged from bribery and fraud to unethical behaviour and the smuggling of illegal substances, across various departments.

Seloane attributed the reduction to the national lockdown as a result of Covid-19.

The commission said it had observed that departments took extended periods of time to provide feedback on progress made on the investigations. It also noted there was hesitation in approaching fraud and corruption in a holistic manner and many departments were not committed to ethics governance.

“Therefore there is a need to realign the functions of the anti-corruption units within the departments to ensure prevention and detection is included in the holistic approach to managing the risk of fraud and corruption.

“Corruption has been a constant feature in the South African public service for decades. Efforts to root out corruption may take time before it's defeated.”