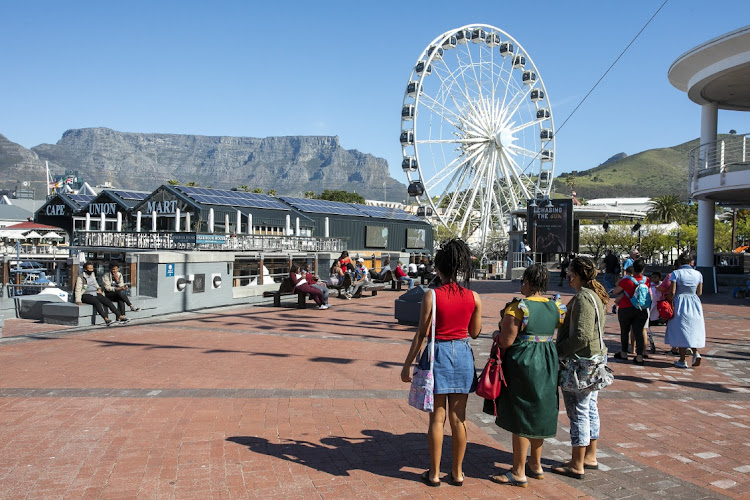 A general view of the V&A Waterfront in Cape Town. The Western Cape is once again the best-managed province in South Africa, according to the auditor-general. Picture: GALLO IMAGES/JACQUES STANDER
Image: waterfront

The Western Cape continues to be the shining light of financial accountability among the country’s nine provinces.

This has once again become the case following the release of the auditor-general’s audit outcomes for provinces and national government for the 2019-20 financial year.

Below is the provincial breakdown of how each province fared.

According to the report by auditor-general Tsakani Maluleke, the stagnation of the country’s most populous province was mainly because of “insufficient consequence management”.

Only four auditees improved in Gauteng, with exactly the same number regressing — rendering it effectively stagnant.

“Compliance findings remained high with material non-compliance reported at 68% of the auditees. Non-compliance with supply chain prescripts remained a concern with a resultant irregular expenditure increasing to R7.49bn, with a closing balance of R36.6bn,” noted Maluleke.

“To sustainably improve audit outcomes, we again encourage focus on the monitoring of preventive controls and ensuring that transgressions are addressed through timely investigations and consequence management.”

Among the improvers, KwaZulu-Natal was the most impressive, followed by the Eastern Cape. KZN had five of its audited entities improving, while only one regressed.

Though the province was showing positive trends, Maluleke said “greater discipline is required in implementing basic preventive controls that will translate into sustainable improvements”.

It was also a concern that the province continued to have the highest irregular expenditure among all provinces at R9.75bn, with a closing balance of R44.55bn.

In the EC, improvements were thanks to leadership of the province strengthening oversight, being more involved and accountable about its finances.

But if the province was interested in sustaining its good trajectory, it would be good to arrest wasteful and fruitless expenditure as well as inadequate procurement and contract management, advised Maluleke.

All provinces can learn from the Western Cape, which  scored clean audits in 70% of its auditees.

“The financial health of the province showed that the principles of budget and expenditure management were sound and able to prevent any unauthorised expenditure and limit fruitless and wasteful expenditure — putting auditees in a position to surrender surplus voted back to the provincial revenue fund,” Maluleke reported.

In Ace Magashule’s home province of Free State, the AG noted, a “culture of no consequences has been created” through the political and administrative leadership’s inability to implement consequence management for pervasive non-compliance with legislation.

“Thus the environment was vulnerable to misappropriation, wastage and abuse of state funds. The continued transgression of supply chain management prescripts was reflected in the significant amount of irregular expenditure incurred annually,” Maluleke wrote.

In the land of David Mabuza — Mpumalanga — despite improvements in submission of statements, lack of preventive control was problematic.

The province continued to have weaknesses in the planning of infrastructure development and was plagued by inadequate monitoring and project-management controls.

“Attention should be paid to ensuring that projects are delivered at the required quality and that payments are made based only on proof that work has been performed.”

Supra Mahumapelo’s stronghold of North West showed a “slight improvement”, albeit with “levels of irregular expenditure that continued to be high”.

But since the province was placed under administration, a lot of positives could be recorded, said Maluleke. “Overall, departments with financially unqualified audit opinions increased with the provincial treasury managing to maintain its clean audit status,” noted Maluleke.

“The number of auditees with no findings on their performance reports also increased.”