By Yolanda Palezweni - 21 September 2020
SERIOUS DAMAGE: Nolusindiso Poni and Thembeka Lukhwe at the site of a serious water leak in Winnie Mandela village near Khayamnandi that has damaged the road
Image: FREDLIN ADRIAAN

Winnie Mandela village residents have raised concerns over fresh water streaming down a street into an open field for months at a time, according to the irate community. .

The leaks stem from broken underground pipes which are situated in an open field near Nosilela Street in the informal settlement near Khayamnadi and not too far away,  a tar road has subsequently collapsed.

Thembeka Lukhwe, 52, who informed Metro Matters of the situation, said while the water continued to pump unabated, residents had been battling with water issues for years.

She claimed they had been living in the area for four years without water supply to their homes, but due to the Covid-19 pandemic water was installed in March.

“After they installed water pipes and taps, the leaks started.

“We have reported a number of times to the municipality.

“Sometimes they come and inspect but never return to fix them,” she said. 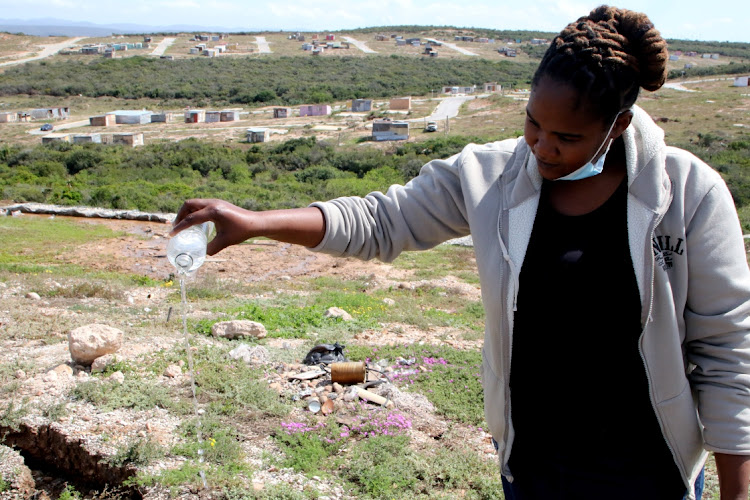 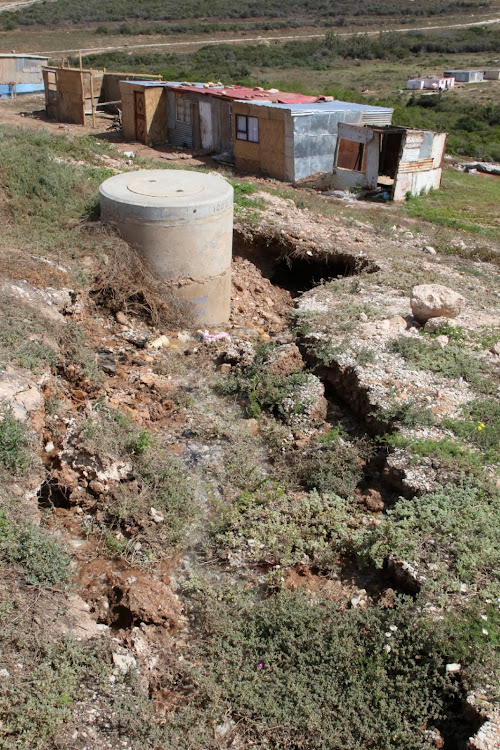 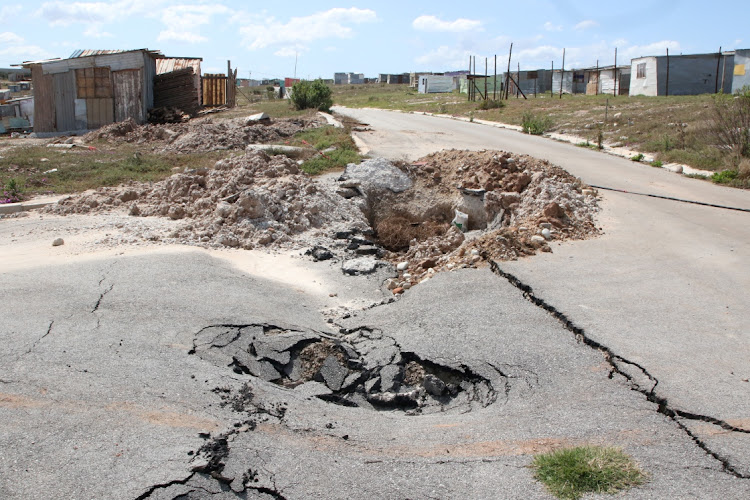 “The metro is battling with water and residents are urged not to waste the water, but every day thousands of litres are wasted.

“I think this is the reason we ran out of water.”

Lukhwe said she had reported the issue to her Ward 41 councillor, Simphiwe Tyukana, and also called the municipality numerous times.

She claims they always say they will escalate the complaint.

“We fear that the water leak may further damage the road,” she said.

“The tar road next to the water leak has been damaged and is collapsing, and it has been difficult for cars to drive over,” she said.

Contacted by The Herald, Tyukana said he would follow up on it.

He said the residents had invaded the area while it was still undergoing construction and the company had not finished installing water and sewerage underground pipes.

“The area was invaded and the government was robbed, it is difficult to provide service delivery.

“And with the high level of crime, construction companies are robbed and even the pipes and taps are being vandalised and stolen,” he said.

He said the constant issues with water leaks would be frequent as the area was not fully developed.

“I am aware of the water challenges from the area and alerted the municipality to provide water trucks.

“It’s a challenge also as some residents still complain that the truck doesn’t reach every street,” he said.

Municipal spokesperson Mamela Ndamase said the municipality was aware of the complaint and would be dealing with the issue.

She said that the complaints were part of the backlog the city was dealing with now.

“The city has appointed seven external contractors to assist with the backlog and we have already fixed more than 15,000 water leaks as a result.

“All orders for outstanding leaks have been issued to the contractors and they are mobilising resources to repair them,” Ndamase said.