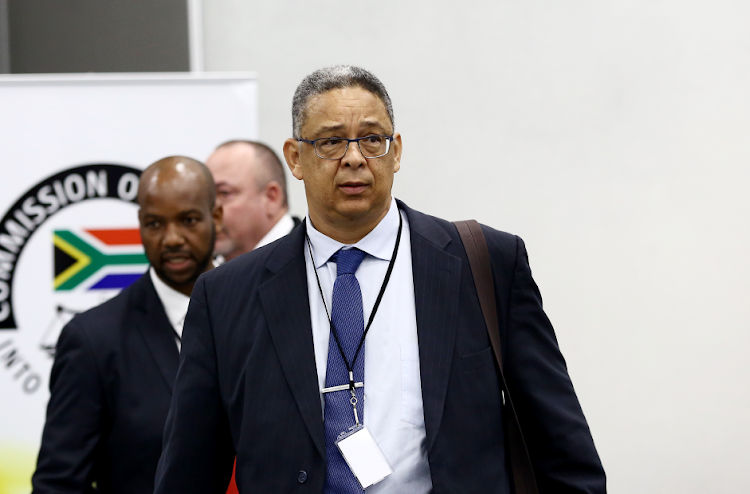 Former Independent Police Investigative Directorate (Ipid) boss Robert McBride has alleged that internal statistics at the institution were manipulated during his suspension between 2015 and 2016.

This was seemingly to show that Ipid was functioning more successfully in his absence.

Testifying at the state capture inquiry on Monday‚ McBride said that on his return to Ipid in October 2016 after about 18 months’ suspension‚ he found that a number of cases had been closed – to give the illusion that the institution’s performance had improved.

One of the cases he recalled was against former police commissioner Khomotso Phahlane.

“At some stage‚ a duplicate of the same case made under a different case number in the Ipid case control system was made – and subsequently both cases were closed because they were duplicates of each other‚” McBride said.

“It was not accurate and it was untrue.

“The manipulation of statistics and the closing of cases under the provision of special closure was utilised to come to that conclusion.”

He said Phahlane’s case was not isolated.

“The practice was quite widespread across provinces and an instruction had been given at some stage – it also occurred in KwaZulu-Natal and Gauteng.

“It wasn’t an isolated case, it was a number of cases on special closure‚” he said.

“We were then forced the following financial year to change the definition of what a completed case is and how it is handled.

“It also resulted in a new standard operating procedure‚ which was then signed.”

McBride noted that this practice was not only taking place at Ipid.

“In the period‚ [former Hawks boss Berning Ntlemeza] indicated that the performance of the Hawks had gone up after [Anwa Dramat’s] removal.

“Similarly in [the South African Revenue Service]‚ the then commissioner [Tom Moyane] made the same comment that performance and collection in Sars had gone up‚” he said.

McBride’s testimony will continue on Tuesday.