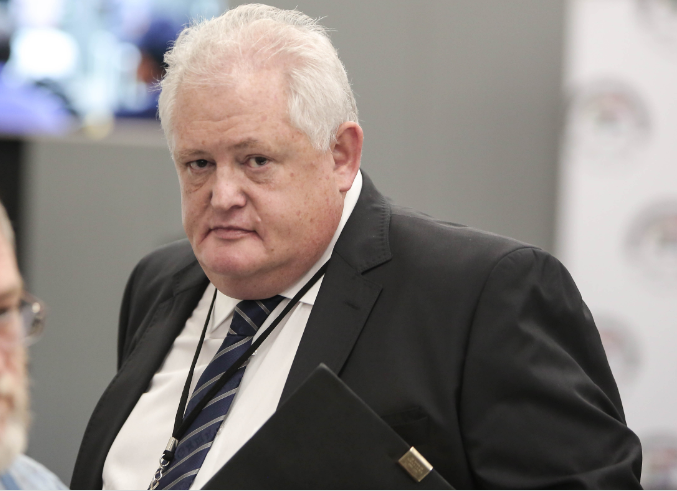 The Mokgoro inquiry has requested former Bosasa COO Angelo Agrizzi’s affidavit from the commission of inquiry into state capture.

This follows reports that advocates Nomgcobo Jiba and Lawrence Mrwebi were allegedly bribed by the facilities management company.

Following years of allegations of improper conduct and political influence over their jobs‚ President Cyril Ramaphosa suspended Jiba and Mrwebi in October‚ pending the inquiry into their fitness to hold office.

The inquiry will‚ among others‚ deal with adverse comments made in court judgments which related to the prosecution of former crime intelligence boss Richard Mdluli.

Jiba’s conduct in the prosecution of former KwaZulu-Natal Hawks head Johan Booysen will be dealt with specifically‚ according to the terms of reference of the inquiry‚ which were gazetted in November 2018.

Evidence leader Nazreen Bawa told the inquiry that they had not been able to obtain Agrizzi’s affidavit yet‚ but that it has been formally requested from the secretary of the state capture commission‚ which is being chaired by deputy chief justice Raymond Zondo.

The Sunday Times reported that Agrizzi would allege in his testimony in front of the Zondo commission that both Jiba and Mrwebi were among the group people who were bribed by Bosasa.

The newspaper said Agrizzi would testify that Bosasa paid Jiba and Mrwebi R100‚000 and R10 000 a month respectively.

This was allegedly in exchange for their squashing a case of corruption against the company and its executives‚ involving former correctional services boss Linda Mti.

Agrizzi has however not yet made the allegation officially in his testimony.

Advocate Thabani Masuku‚ for Jiba‚ said there was “nothing” as prejudicial as the reporting over the weekend‚ as it related to the inquiry.

Masuku said Jiba was keen to deal with the matter that would arise at the Zondo commission‚ but that the evidence was not yet heard. She would also want to deal with the allegations in the forum they are made in.

He appealed to the inquiry to not be influenced by what is published in the media‚ as well as the commentaries made in it.

He said they accepted the allegations were serious‚ but that it did not contribute to “an atmosphere of fairness” when it was based on the reports.

He said Jiba has not yet received any notice that she was implicated in Agrizzi’s testimony. Counsel for Mrwebi underscored the comments made by Masuku.

Acting national director of public prosecutions Silas Ramaite was the first to take to the stand on Monday morning to give evidence.

He will be followed by advocate Chris Jordaan SC‚ the former head of the Specialised Commercial Crime Unit.