In or out of the DA? - Patricia de Lille to hear her fate on Wednesday 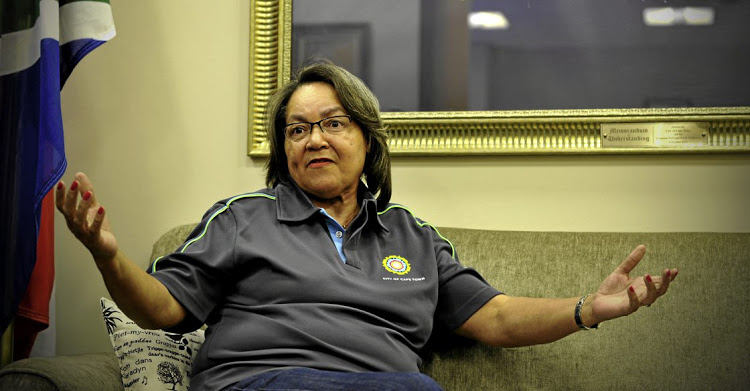 Embattled Cape Town mayor Patricia de Lille will hear on Wednesday if she will retain her DA membership or not.

The High Court in Cape Town is set to deliver judgment in her lawsuit against the DA. She challenged the constitutionality of the party’s so-called “cessation clause” which it used to terminate her membership following her declaration during a radio interview that she would resign after clearing her name.

She is adamant that she was referring to her job as mayor and not her party membership. The maladministration and nepotism charges against her became moot when the party fired her last month.

De Lille confirmed on Monday that the judgment will be delivered at 9.30am on Wednesday. But that will not be the end of her legal battles.

On Thursday the court will hear her application to get a copy of a report compiled by a commission headed by DA chief whip John Steenhuisen last year which was critical of her role in the DA caucus in the city.

The Steenhuisen Report accused De Lille of interfering in the appointment of the municipal manager by sending a message to a member of the interview panel which read: “I want to keep Achmat so score him highest. Thanks.”

This was allegedly in reference to former municipal manager Achmat Ebrahim.

It also accused De Lille‚ among other things‚ of doling out patronage and protection to controversial former Ses’Khona leader Loyiso Nkohla who is employed as a community liaison officer in the city. Nkohla is infamous for poo protests at the Cape Town International Airport.

“There is still another matter coming on June 29‚” De Lille told TimesLIVE.

She said the DA was supposed to have provided this documentation to her by May 3 but had failed to do so.

“They failed to get us the documents‚ so we had to go back to court to make a fresh application within this existing case to get access to those documents. I want the court to set that document aside. I saw some of the responses that they have come up with now which will be heard in court on Thursday. They said everything that happens in the DA is private and confidential.”

De Lille insisted that she is paying for her legal costs out of her pocket.