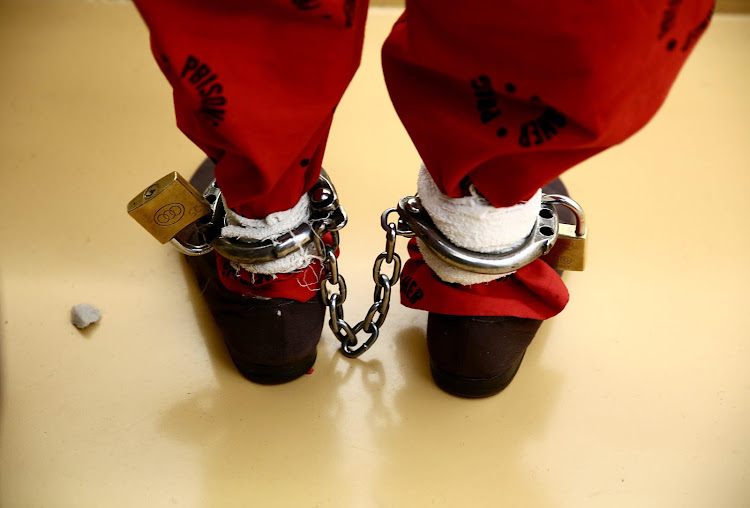 A Lesotho man who raped three minor children and an 18-year-old woman has been sentenced to life behind bars.
Image: File/ THULI DLAMINI

A serial rapist who entered SA illegally from Lesotho and raped three children and a young woman will spend the rest of his life behind bars.

“On April 29 2016 while an 18-year-old girl was walking from school to visit her aunt in Sebokeng, she met Masaleng. He introduced himself with a false name and proposed love and when the complainant refused, he pointed something that looked like a firearm at her and forced her into an old building where he raped her.  After the rape he accompanied her to where she was going and told her not to tell anyone. On her arrival at her aunt’s place, she told her older male cousin what happened. He then took her to the police station to report the matter,” said the NPA’s Lumka Mahanjana.

“In a separate incident on December 15 2018, three minor girls, aged 13, 14 and 16, were on their way to church in the evening when they met Masaleng. He asked them where they were going and when one of the girls tried to run, he told them he had a weapon they cannot outrun. He instructed them to walk with him until they reached an abandoned building next to Thabong Mall. He told them to strip naked and face the wall, and proceeded to rape them one by one. When he was done, he told them to stop walking alone at night. While running to the church they met a woman whom they told about the incident. The woman called the pastor of the church where the minors were going. At church the pastor called the police, who took them to the police station for medical examinations,” Mahanjana added.

His reign of terror ended when one of the victims spotted him at Thabong Mall while she was with her mother in December 2021.

“The mother confronted him and the community members who saw the confrontation apprehended him and called the police. He has been in custody since his arrest after the state successfully opposed bail. He was linked by DNA evidence to the offences, however Masaleng pleaded not guilty to the charges against him,” said Mahanjana.

The four victims testified against him, with one giving damning evidence of how she had been suicidal after the incident.

“Another one indicated that she was proud of her virginity, but it was taken forcefully,” said Mahanjana.

After presenting a strong case, Masaleng was handed two life terms and a further 25 years' imprisonment for the rape and kidnapping.

His name was added on the national register for sexual offenders and he was declared unfit to possess a firearm.