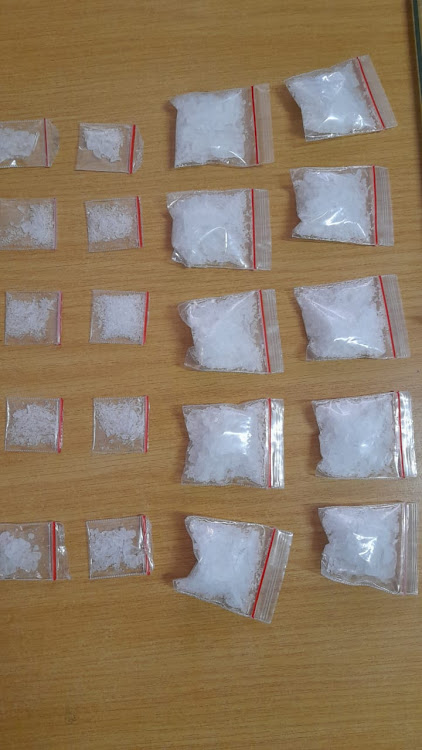 DRUG ARREST: Police officers arrested a man in Wells Estate allegedly with 20 packets of tik in his possession
Image: Supplied

A short foot pursuit by police in Wells Estate culminated in a suspected drug dealer being apprehended allegedly with thousands of rand worth of tik in his possession.

“They noticed a man walking towards them.

“On seeing the police officers, the man suddenly changed direction, with police in pursuit.

“Police officers caught up with the man and upon searching him, they [allegedly] discovered 20 packets of crystal meth [tik] in his possession.

The 28-year-old man was arrested on a charge of possession of illegal drugs and is due to appear in the Motherwell Magistrate’s Court soon.