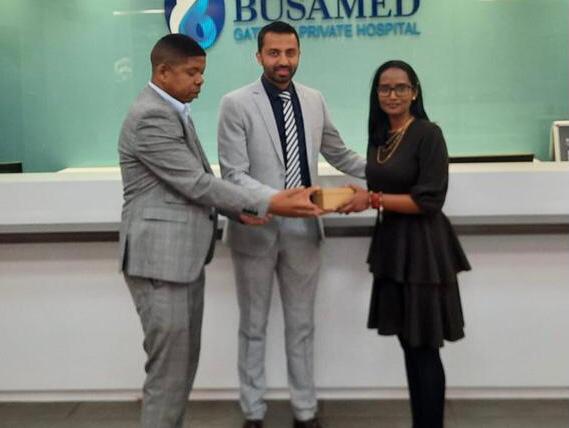 A Good Samaritan’s donation to the Pelo Foundation proved to be truly heartfelt after she donated thousands to the foundation on the 10-year anniversary of her successful surgery.

The Durban-based foundation raises funds to ensure that children with CHD receive life-saving surgery and continue to receive medical treatment, which may range from a simple diagnostic angiogram to cardiac surgery.

Samlal said she decided to do the handover on July 27, as it marked the 10th anniversary of when she went under the knife to receive open-heart surgery.

“I came across the foundation through an internet search, and I believe its work is essential because it assists children, which is an advantage as they will grow up knowing their condition and it will be easy for them to accept it,” she said.

“We would like to thank Ms Samlal for her contribution and encourage more people to join the Pelo Foundation ambassadorship programme.”

She said the programme afforded individuals the opportunity to assist the foundation in creating awareness about CHD and raising funds on its behalf.

“More children could be assisted if we have this type of citizenry — caring, loving and giving,” Leshabane said.

About one out of every 1,000 babies is born with CHD and every six hours a newborn is added to the waiting list for heart surgeries, which already contains hundreds of children.

According to the foundation, the Eastern Cape has more than 200 children  on the waiting list for heart surgery.

Since its inception in June 2021, the Pelo Foundation and its partners have already assisted nine children to receive much-needed heart surgeries.

One to two children with CHD die each week, according to the data.

Pelo’s vision is to have a continental footprint that will ensure African children from indigent communities with CHD have a chance to make it to adulthood.

To this end, the Pelo Foundation has partnered with the Busamed Private Hospital Group and Wings & Wishes on its mission.