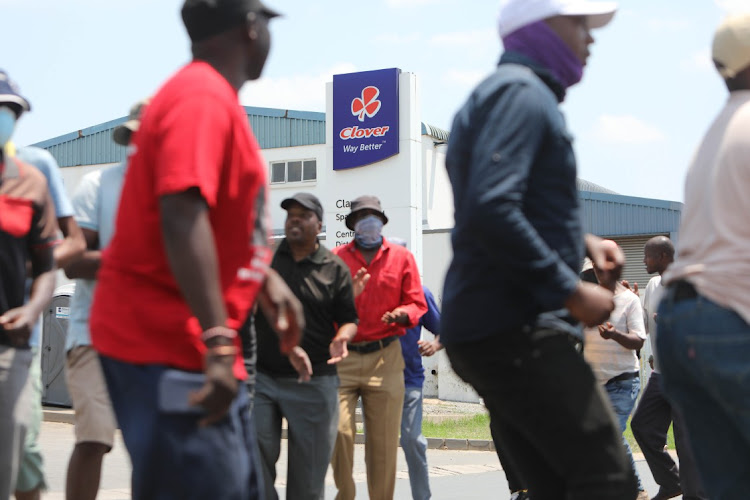 Striking Clover workers outside the Clayville distribution centre in Olifantsfontein on February 25. Workers were protesting against a restructuring and retrenchment process at the company. File photo.
Image: Alaister Russell

JJ Cassanga, a security guard who was attacked during the Clover strike in February, has died.

AfriForum said he collapsed at his doctor’s rooms on Tuesday.

Cassanga was seriously injured in the protest action that also led to the murder of security manager Terrence Tegg at Clover’s offices in Olifantsfontein on February 17.

AfriForum is representing both families. It said Cassanga’s relatives reported he had sustained head trauma and brain injuries during the assault, and had since then suffered from seizures and migraines.

Cassanga is survived by four children.

The five men accused of Tegg’s murder and the assault on Cassanga will again appear in the Thembisa magistrate’s court for a continuation of a bail application for three of the accused on July 11.

If the evidence reveals a link between the assault and Cassanga’s death, the accused will face a second count of murder, said AfriForum.