Cannon doubles down on stance Bok emblem is racist

Symbol same as apartheid flag and must be scrapped, says EP rugby boss 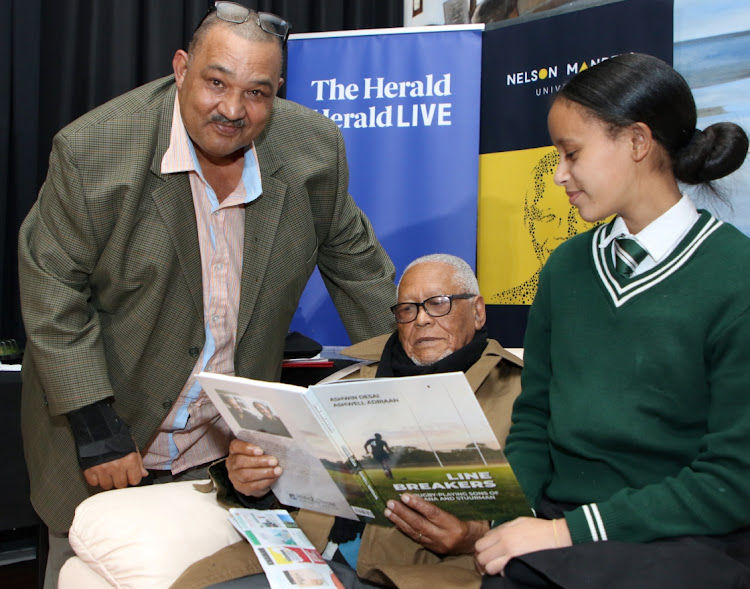 CALLING BACK THE PAST: Co-author of the book ‘Line Breakers’, Ashwell Adriaan, hands over a copy to Hans Plaatjies, 83, and Jayda Scholts,14. They were  gifted books for  being the oldest and youngest audience members at The Herald-Nelson Mandela University Community Dialogue
Image: FREDLIN ADRIAAN

The Springbok emblem is no different to the apartheid flag and this is why it must be done away with.

Eastern Province Rugby president and sports activist Maasdorp Cannon reiterated this stance while speaking as a respondent to the newly published book, Line Breakers — the rugby playing sons of Makana and Stuurman.

The book is authored by Prof Ashwin Desai and Ashwell Adriaan.

Cannon is facing disciplinary action for his utterances at Godfrey Thorne’s memorial service that the SA Rugby Union was a racist establishment.

He also said the Springbok emblem was racist, and that Saru president Mark Alexander and his deputy, Francois Davids, were sell-outs. 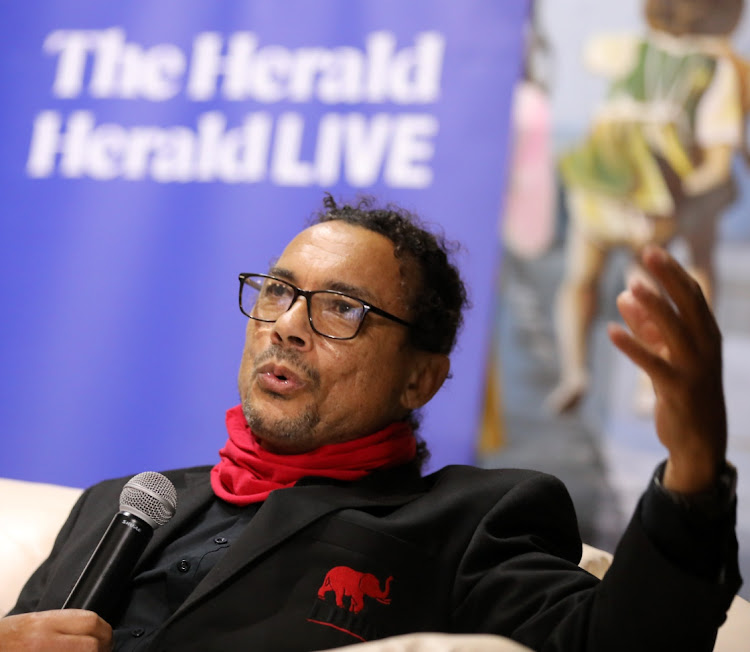 On Thursday evening, a defiant Cannon said the book, which was launched at the South End Museum through The Herald-Nelson Mandela University Community Dialogue, vindicated his views that the Springboks’ history was rooted in racism.

The book launch was preceded by a Dennis Brutus Memorial Lecture, which was delivered by John Minto, Palestine Solidarity Network Aotearoa national chair and formerly the anti-apartheid movement organiser and national organiser of HART — Halt All Racial Tours New Zealand.

“The question that is not being addressed in SA rugby is how they contribute to nation building and not the current phase of elitism that becomes racism,” Cannon said.

“This book illustrates that the Springbok was never exempt.

“I maintain that we need to be the change that we believed should have happened in 1994.”

He said the book documented the proof he needed to argue his case.

Minto said the ANC was no longer a liberation movement that could reform.

He said its followers had blind loyalty.

“With blind loyalty like that there will always be a barrier to liberation.

“So what about the Economic Freedom Fighters?” Minto asked.

“Do they offer a way forward?

“No, I think they’re also tied in with loyalty to personality, and political programmes.”

He urged those in attendance to be the change they wanted to see in 1994.

“This mad journey began when I arrived in then-PE — I had arrived at the airport to study in then-Grahamstown and was waiting for something that they called the Leopards Express bus, and I waited for four hours before I was told they don’t allow non-whites and that is when the journey began for me.

“Ashwell pushed me but I asked how do we write a book when people are not in the archives?

“The idea was reignited when Siya Kolisi came and people pretended he was the immaculate conception of white people when there was a Kolisi in Grahamstown and other parts of the Eastern Cape for 100 years,” he said.

His co-author, Adriaan, said he had been compelled to write the book when he realised there were no archives on the subject.

Several Bay sports legends attended the event, while others tuned in virtually.

Pupils and a teacher from Paterson High School, where Brutus once taught, also recited poems in his honour.