Zondo report finds that ANC was a beneficiary of state capture

Ramaphosa and ANC 'offered no explanation for failure to act' 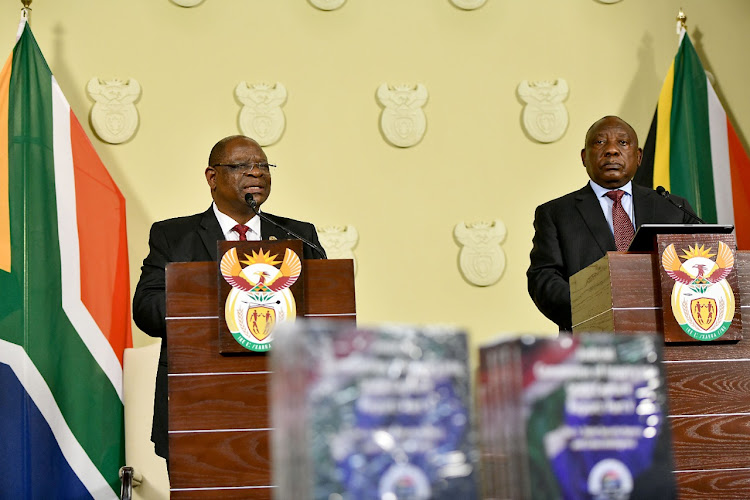 President Cyril Ramaphosa and chief justice Raymond Zondo at the handing over of the final instalment of the state capture report at the Union Buildings in Pretoria on Wednesday.
Image: GCIS

The final instalment of the state capture commission report has painted a bleak picture of the role that the ANC and its leaders played in aiding state capture related fraud and corruption.

“It is necessary therefore to interrogate the role of the party in actively engaging in corrupt activities for its own gain, allowing corrupt activities to continue under its watch and failing to intervene to prevent or arrest such activities, creating the framework for corruption and state capture to flourish.”

Chief justice Raymond Zondo's final part of the commission report details the role of the ANC as a governing party in aiding the state capture phenomenon to take root in the country.

“It has been the only governing party since the advent of democracy, and specifically during the years under review. It has been responsible for deploying people to the highest positions in the state.

“It has a significant majority in parliament, allowing it effectively to control oversight of the executive. State capture has happened under its watch.”

In addition, Zondo found that “various ANC leaders have been implicated by witness testimony at the commission. There has also been substantial evidence that the party itself was a beneficiary of state capture, as it received payments from third parties who are alleged to have corruptly acquired government contracts.”

On corruption in the ANC, Zondo's report found that in his own statements, Ramaphosa conceded to the existence of corruption, state capture and the role of the ANC in allowing the grand corruption to flourish.

“He has conceded not only that there has been corruption, but that it is both continuing and pervasive, in government and in the party. A particularly clear example of this is in a letter written by President Ramaphosa to ANC members in August 2020, titled 'Let this be a turning point in our fight against corruption'.

“In short, he conceded that the party needed to have done more to prevent or arrest state capture, and that weaknesses in the ANC enabled state capture to take hold.”

Zondo said the letter discussed the corruption problem at length and says that the ANC “needs to take responsibility”.

“We must acknowledge that our movement, the African National Congress, has been and remains deeply implicated in SA's corruption problem. Today the ANC and its leaders stand accused of corruption. The ANC may not stand alone in the dock, but it does stand as accused No 1. This is the stark reality that we must now confront.”

Zondo said Ramaphosa repeatedly emphasised that the party had “drawn a line in the sand” and is committed to renewal and change.

“However, these statements — acknowledging corruption within the party and promising to fight it — are not new. In fact, similar statements have been made by ANC leaders since 1994.

“As he put it, the ANC has long recognised the existence of corruption within the democratic state that some members of the ANC are complicit in this corruption, and that such corruption undermines our democracy and the integrity of the ANC.”

During his testimony it was put to Ramaphosa that the ANC has been promising to fight corruption within the party for more than 20 years — so what would be different now? The line in the sand had in fact been drawn many times over the past 20 years.

He responded that “the time is now” and that change needed to happen.

Zondo found that: “President Ramaphosa offered no real analysis or explanation of why the party's previous attempts to deal with these problems have failed, and why any such attempts might now succeed. He only stated that it is better late than never.”

“He conceded that there was a dropping of the ball but did not offer any explanation for the failure to act.”