This trend must be stopped or it will destabilise the country: Zondo 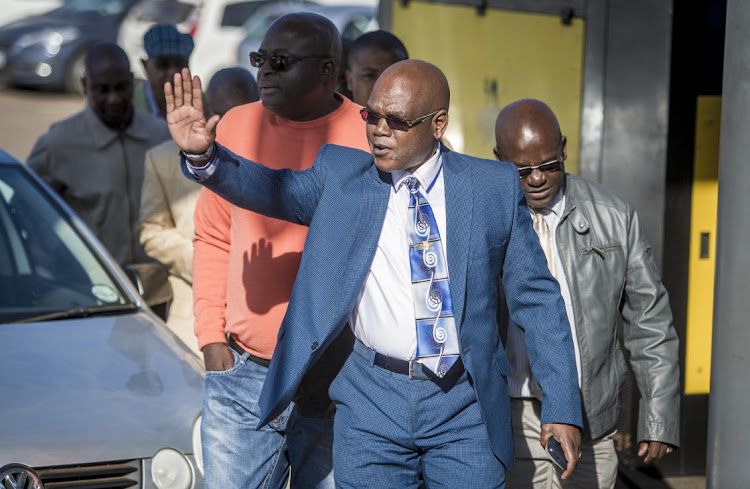 The State Security Agency (SSA) and crime intelligence were never interested in doing their job to detect and counter threats against the people of SA, according to the final report of the Zondo commission into state capture released on Wednesday.

Instead, the two most important security agencies were driven by fake reports, politics and information peddling to protect the political career of then-president Jacob Zuma and his allies and crush his opponents.

Should this trend be allowed to continue, warned commission chair and chief justice Raymond Zondo, it had the potential to destabilise the country to unprecedented levels.

To change this dangerous trajectory, Zondo advised, intelligence agencies cannot be allowed to account only to themselves at this was abused during the Zuma era in service of the incumbent.

“The peddling of false and unsubstantiated so-called intelligence reports can destabilise the country. The country’s intelligence structures, as well as those in power to whom they report, need to be alive to those dangers,” observed Zondo.

“A great deal of prudence is required in dealing with intelligence reports. You need to have professional people, appointed on the basis of merit, to be in charge of intelligence services.”

The chief justice found that the culture of fake intelligence reports and agencies run by lackeys took hold during the Zuma years.

According to him, the Nkandla-based pensioner thrived on bogus reports from the onset and was willing to alienate tried and tested intelligence men of integrity to protect his interests and those of his associates such as the Gupta family.

Zuma and those that did the dirty work for him on the ground, the report reveals, were running a tight ship with a small circle of friends and family members.

Things were so bad, Zondo found, that ministers of intelligence had no shame to recruit their family members into intelligence structures.

But it was the fake reports and general paranoia by Zuma that took the cake in how the country’s intelligence agencies were run.

Among the notorious fake reports Zondo found interesting to highlight, was the so-called “Mdluli Report” compiled by disgraced crime intelligence boss Richard Mdluli — claiming there was a plot to topple Zuma.

It was Zuma himself who introduced the report to Jeff Maqetuka, Mo Shaik and Gibson Njenje of SSA, who had a meeting with him to discuss their investigation of the Guptas.

Zuma used the “Mdluli Report” as a counter to the investigation of his friends the Guptas.

Even when Njenje, Maqetuka and Shaik, who had decades of experience in intelligence, dismissed Mdluli’s report, Zuma chose to believe the now-jailed former crime intelligence boss.

“The fact that the president [Zuma] believed Mr Mdluli over the most three senior intelligence chiefs at the time was an expression of lack of confidence in them meant to impact on the discussions they had come for — namely, the issue of the investigation of Guptas,” charged Zondo.

This was not the only “suspicious” intelligence report with Mdluli’s name on it as another was crafted alleging a plot to topple him which Njenje, Maqetuka and Shaik rejected as inaccurate and compromised for conflict of interest on Mlduli’s part.

Zuma believed it, so did he two more fake Mdluli reports: one alleging a plot to overthrow the government by then top cops Shadrack Sibiya and Robert McBride, and another on the rendition of foreign nationals, which threw Sibiya and Anwa Dramat under the bus.

The most popular of the fake reports was one that alleged erstwhile finance minister Pravin Gordhan and his deputy Mcebisi Jonas were on an international campaign to effect regime change in SA.

They were removed by Zuma from the cabinet on the basis of this bogus report.

“The commission doubts the existence of any authentic intelligence report on the basis of which former president Zuma removed Mr Gordhan and Mr Jonas.”