Chief justice lays into suspended ANC secretary-general and his former Free State MEC, saying they must pay back the millions lost to the Guptas 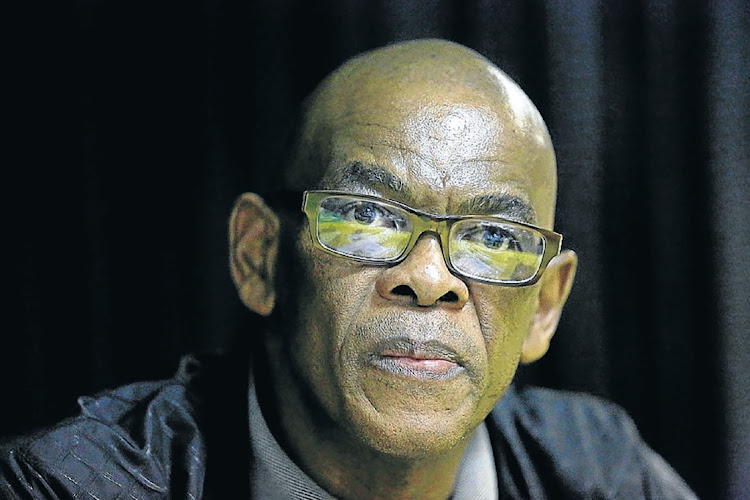 Corruption accused Ace Magashule and his known ally, former Free State agriculture MEC Mosebenzi Zwane, were pursuing the agenda of the Guptas when they aided the looting of millions of rand from the Vrede dairy project.

And for that, they should be investigated for possible criminal conduct, which could see the suspended secretary-general of the ANC facing more charges.

This was the finding of state capture commission chairperson chief justice Raymond Zondo in the final report he handed over to President Cyril Ramaphosa.

Zondo has recommended that lifestyle audits be conducted on all senior managers and Free State government politicians who had been involved in the Vrede dairy farm project.

The chief justice said the project, which partly funded the Gupta family’s wedding in Sun City, occurred because the former Free State agricultural department head Peter Thabethe “dismally failed to do his job and failed to protect the interests and assets of the Department of Agriculture and rural development [DARD] and to protect taxpayers’ money.

“In this regard reference can be made to Mxolisi Dukwana’s evidence, which Magashule did not challenge before the commission, about his and Dukwana’s visits to the Gupta residence where on one occasion Magashule had brought Tony Gupta his (Magashule’s) identity document and Magashule told Dukwana that he was going to be in business with the Guptas through his son.

“Indeed, Magashule authorised or directed that [Ashok] Narayan, a Gupta associate, should accompany Thabethe on a trip to India even though Narayan was at that time not employed by the provincial government.

“Of course, the evidence heard by the commission is that Magashule then employed Narayan as his adviser. Furthermore, the executive council of the provincial government approved the implementation of the Vrede dairy project, including the appointment of Estina or the conclusion of an agreement between DARD and Estina in circumstances where there had been no compliance with relevant legal requirements.”

Zondo said this was done without it having been checked that Thabethe had done due diligence as he was required to do before his department could conclude the agreement it did with Estina and paying millions of rand in taxpayers’ money to Estina.

“The provincial executive should have required Zwane and Thabethe to place before it full documentation which showed that all legal and relevant prescripts had been complied with and that the implementation of the project and the appointment of Estina would be appropriate.

“It is necessary that there be consequences for people who fail to do their job, otherwise this corruption and these acts of state capture are going to continue forever to the detriment of the country and all people.”

Zondo said neither the provincial legislature nor the ANC called Magashule to account for the asbestos project debacle.

“Premiers must know that they must supervise the MECs and their departments.”

He said law enforcement agencies should conduct investigations to establish whether Zwane and Magashule “contravened any law in the roles they played in regard to the Vrede dairy project”.

“Consideration [should] be given to seeking legal advice about instituting legal proceedings against Zwane and Magashule to recover such monies that may be recovered from them that were lost in the Vrede dairy project as a result of their failure to perform their legal obligations.”

He said law enforcement agencies should also investigate whether any Gupta family member, including Tony Gupta, and their associates, including Narayan, are guilty of any criminal offence.