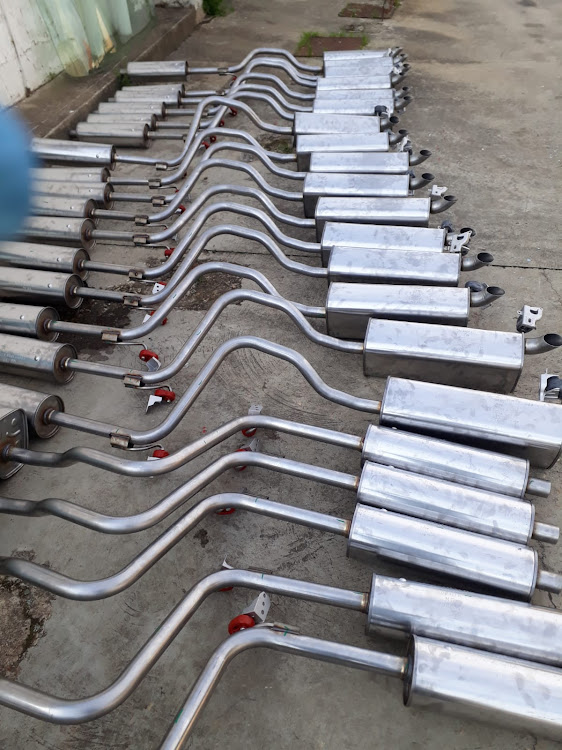 STOLEN ITEMS: Exhaust systems, catalytic converters and medication were among the R1.2m worth of goods recovered at a house in Kariega on Wednesday morning
Image: SUPPLIED

More than R1.2m worth of stolen car parts and medication were recovered in a special operation led by Kariega police on Wednesday morning.

Among the goods recovered were hundreds of catalytic converters linked to a truck hijacking in KwaDwesi two weeks ago.

Police spokesperson Captain Gerda Swart said a 51-year-old suspect had been arrested on a charge of possession of stolen property.

Swart said Kariega detectives had gathered intelligence that led them to a house in Dobson Street, where they and uniformed officers executed a search warrant at about 8.30am and discovered the suspected stolen goods.

The total value of the recovered goods is about R1.2m.

Swart said more arrests were expected soon as the catalytic converters recovered were linked to a hijacking on June 9.

“During this incident, an Isuzu truck was travelling along Missionvale Road at about 1.45pm when a white Toyota Quantum minibus blocked its way in the middle of an intersection.

“Two armed men alighted from the minibus, pointed firearms at the driver and his passenger and forced them into the passenger seat.

“One of the suspects drove the truck to Joe Slovo, where the driver and passenger were forced into a waiting Volkswagen Polo and driven to a remote location nearby, where they were left unharmed.”

A case of truck hijacking was opened and is still under investigation.

The suspect apprehended in Kariega is expected to appear in the town’s magistrate’s court on Friday.