Memorandum containing list of grievances to be handed over 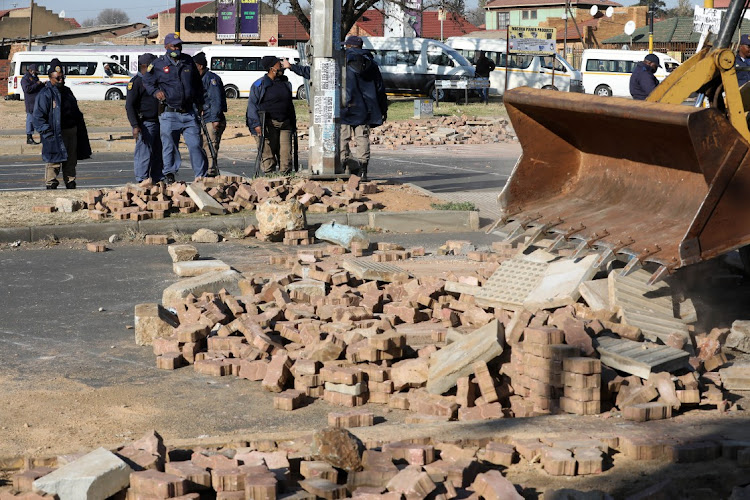 SAPS members cleaning the Chris Hani Road barricaded by Soweto residents due to service delivery protests in Soweto. On Tuesday residents are expected to deliver a memorandum to the office of the mayor.
Image: ANTONIO MUCHAVE

Soweto residents will march to the office of the City of Johannesburg mayor Mpho Phalatse on Tuesday to hand over a memorandum containing a list of concerns, including informal settlements in the area and electricity.

The march follows protests in the township on Monday in which residents blockaded roads and forced the city's Rea Vaya bus service to a halt.

While Soweto was calm on Tuesday morning, march organiser Nobala Nokokela said residents would continue with their march to the mayor's office.

She told TimesLIVE the township would not be shut down on Tuesday.

Residents are expected to gather at Maponya Mall where they will be transported by bus to Peter Ross Park on Empire Road in the city centre.

From there residents are expected to march to the mayor’s office, where they are to hand over a petition, Nokokela said.

“There might be a very slight disturbance in terms of traffic flow but there will be no blockages.”

Johannesburg Metro Police Department spokesperson Xolani Fihla said they were aware of the march which had been approved.

“They will march to Metro Centre, Braamfontein, via Empire Road and Joubert Street.”

He said the march was expected to start at 10.30am and the memorandum would be handed over at 11am.

“The participants will march back to Peter Roos Park, where they are expected to disperse at 1pm.”

He said officers would monitor the march and divert and control traffic when necessary.

“Lawlessness will not be tolerated and those breaking the law will be dealt with decisively.”

Motorists are advised to avoid the affected streets and use alternative routes such as Queens Street and Melle Street in Braamfontein.