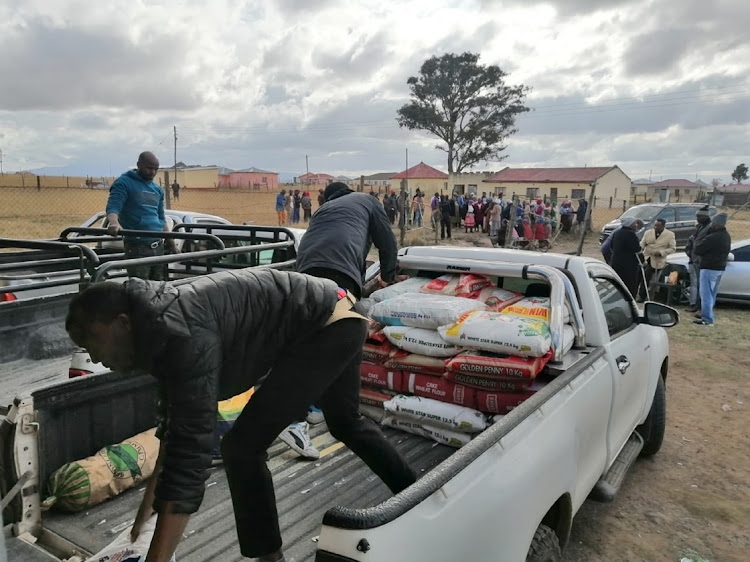 A group of Ethiopian traders and Qhumanco community members held a meeting at Matholanyile near Cofimvaba after two people, an Ethiopian and a villager, were killed and four others were injured after a robbery and violence that started on June 16. The SA Human Rights Commission will visit the area on Tuesday.
Image: Lulamile Feni

The SA Human Rights Commission (SAHRC) will visit Qhumanco village in Cofimvaba after reports of tensions between South Africans and foreigners in the area.

The SAHRC said it had noted reports of violence resulting in multiple deaths in the area. Reports had also alluded to allegations of xenophobia which had emanated from criminal conduct and distrust between members of the community.

“The commission’s Eastern Cape provincial office will visit the area tomorrow, June 21, to assess the concerns of the community and engage relevant stakeholders on the ground.

“The SAHRC calls on the SA Police Service to provide the necessary resources to investigate the reported deaths, elements of criminality, as well as quelling concerns of retaliatory xenophobic attacks.”

It also called on officials, traditional leaders and the community of Qhumanco to remain law abiding and to resolve issues in a manner acceptable in a democracy.