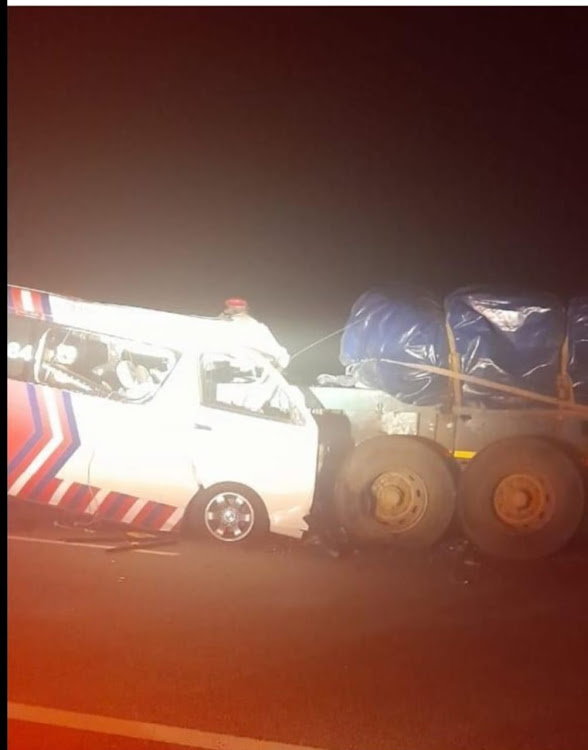 It is alleged the ambulance hit a stationary truck.
Image: Supplied

Two Limpopo paramedics were killed on the N1 near Codrington during the early hours of Tuesday when their ambulance crashed into the back of a stationary truck.

Limpopo department of transport & community safety spokesperson Mike Maringa said both the driver and passenger were killed on impact.

Limpopo MEC Mavhungu Lerule-Ramakhanya conveyed her condolences to the families of the two emergency personnel.

“It is disturbing to wake up to the sad news of the passing of emergency workers who died in the line of duty.

“These are the same people we rely on to save lives on the roads. We call on our drivers to be extra cautious and drive within the limits.” said Lerule-Ramakhanya.

The cause of the crash is unknown.