Legal wrangling on the eve of the AmaMpondo king's burial 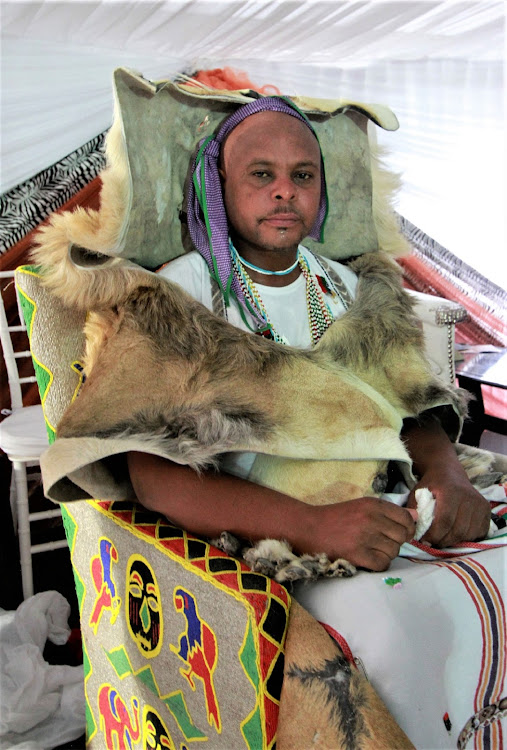 AmaMpondo King Zanozuko Tyelovuyo Sigcau, who died on May 31. The acting king went to court and succeeded in ensuring that he and the AmaFaku royal family play a bigger part in his burial.
Image: LULAMILE FENI

On the eve of AmaMpondo King Zanozuko’s  burial on Tuesday, the family was locked in a bitter court dispute over who should be in charge of the burial rituals.

The AmaFaku royal family and acting king of the AmaMpondo, Prince Dumelani Sigcau, filed an urgent application before the high court in Mthatha on Monday evening, seeking to prevent the funeral of the late king from taking place without their involvement.

They wanted an order declaring them as the correct people and structure to oversee and perform all customary rituals during the burial or funeral service of the late king.

President Cyril Ramaphosa last week declared a special official funeral category 1 for the king who died on May 31. Sigcau was inaugurated as king in 2018.

According to the presidency, the funeral proceedings are expected to begin at 9am at the Ndimakude Great Place at Flagstaff in the Eastern Cape.

Ramaphosa, who is expected to attend the funeral, was among the respondents along with co-operative governance and traditional affairs minister Nkosazana Dlamini-Zuma, premier Oscar Mabuyane and members of the royal family Stella Sigcau II and Nobandla Sigcau.

The AmaFaku royal family, which describes itself as the repository of AmaMpondo customary rituals, and the acting king, also sought to interdict Quma Funeral Undertakers in Lusikisiki from releasing the king’s remains for funeral and burial purposes to any person other than the AmaFaku royal family and the acting king, who will lead the procession to a place where the funeral is arranged to take place.

They also wanted the court to declare them to be the correct people and/or structure to oversee and/or perform all customary rituals during the burial or funeral service on Tuesday.

The AmaFaku and Prince Dumelani Sigcau also sought an order declaring that Stella Sigcau II and Nobandla Sigcau, the late king’s mother’s “unlawful interference with the official funeral arrangements of the late king is declared unlawful and are interdicted from doing so”.

Also sought was an order that Nzululwazi Sigcau, who is reportedly in unlawful possession of the karossor (Umnweba or lion's skin) be directed to hand it over to the acting king or to Seyiso Cetywayo in his capacity as the head of the AmaFaku royal family.

Chulumanco Sigcau, the late king’s brother told TimesLIVE on Monday evening the court had ruled in their favour.

In the court order seen by TimesLIVE, the court noted it heard arguments from lawyers for AmaFaku, the acting king and Nobandla Sigcau and there were no appearances for other respondents.

The court ordered that the listed respondents are interdicted from engaging with any person other than the AmaFaku royal family, the acting king  or nominated agents in connection with the burial service for the late king.

In their court papers  deposed to by Cetywayo, the AmaFaku royal family and the acting king, said the dispute concerned certain members of the AmaMpondo families who masqueraded as if they represented AmaFaku while they have no mandate and permission and authority to do so.

In the papers, Cetywayo said the AmaFaku royal family customarily leads and directs the burial of the king.

“It is its responsibility to identify a king or acting king,” Cetywayo said.

Cetywayo said the AmaFaku and the acting king have not been engaged by the respondent parties to play their role as the royal family and in particular to spearhead the funeral service.