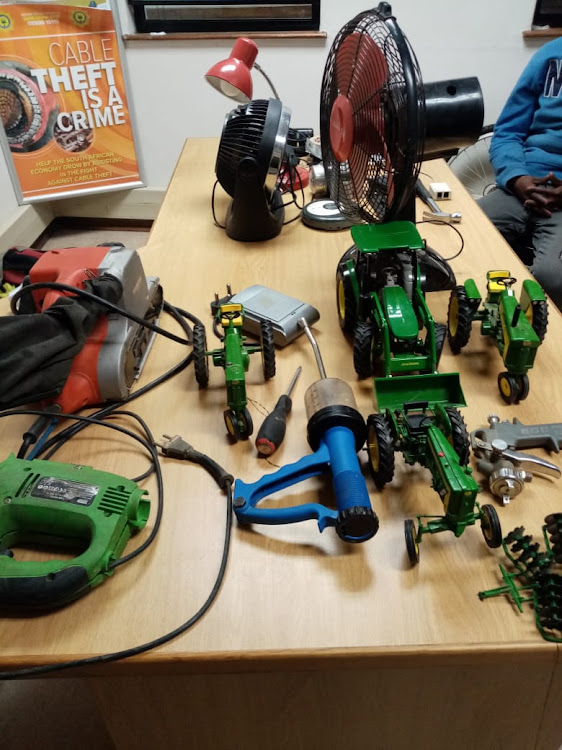 STOLEN GOODS: A bicycle, microwave and even some power tools were confiscated from two Cradock men
Image: Supplied

A bicycle, microwave oven, power tools and even a few toys were confiscated from two Cradock men who were arrested for being in possession of stolen property.

Police spokesperson Colonel Priscilla Naidu said the men, aged 27 and 34, had been arrested on Monday.

“Police received information about suspected stolen property being kept in a certain house,” she said.

“Members quickly responded. The house was searched and two suspects were arrested.”

The men will appear before the Cradock magistrate’s court soon.