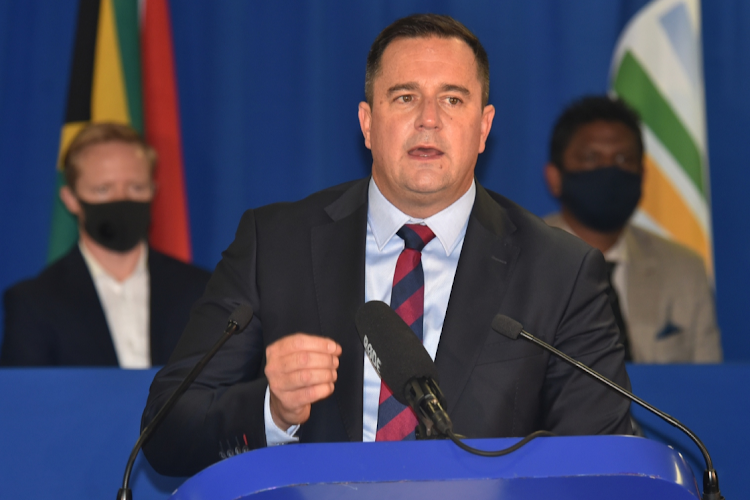 DA leader John Steenhuisen on Monday demanded that President Cyril Ramaphosa and chief justice Raymond Zondo come clean about their discussions that led to another postponement of the release of the state capture commission's final report.

Steenhuisen insisted it was improper and tantamount to undue interference for Ramaphosa to discuss the postponement of release dates with Zondo, the commission's chairperson.

“I call on President Ramaphosa and judge Zondo to take the country into their confidence and issue statements explaining the nature of their meeting, who initiated it and why it was permitted to go ahead, given the evident conflict this presents with the principles of independence and justice,” said Steenhuisen.

This comes after another postponement of the release of the final instalment of the much-anticipated report. After Zondo's failure to meet the June 15 deadline to hand over the report to Ramaphosa as per a high court order, he last week promised to do so by June 19, with the presidency committing to issue the report for public consumption a day later.

However, on Monday the commission and the presidency announced the new date was June 22.

Ramaphosa's spokesperson Vincent Magwenya said the delay was agreed upon between the president and Zondo after discussions on the “timing”.

“This morning [Monday], President Ramaphosa and the chief justice [Zondo] discussed the timing of the handing over of the final report. A new date and time for the handover will be announced soon,” Magwenya said.

Steenhuisen says this is bordering on interference.

“This constitutes a dangerous and unacceptable interference in the judicial process which casts a long shadow over the independence of SA’s judiciary and the credibility of the presidency.

“At a time when trust in the presidency is at an all-time low, any suggestion that the president may be interfering with the independent work of the commission or manipulating the timing of the report’s release is rightfully met with suspicion.

“The delay of the court-mandated deadline for the release of the final Zondo report, seemingly at the hands of the president, should set alarm bells ringing.”

PODCAST | Is SA ripe to be captured... again?