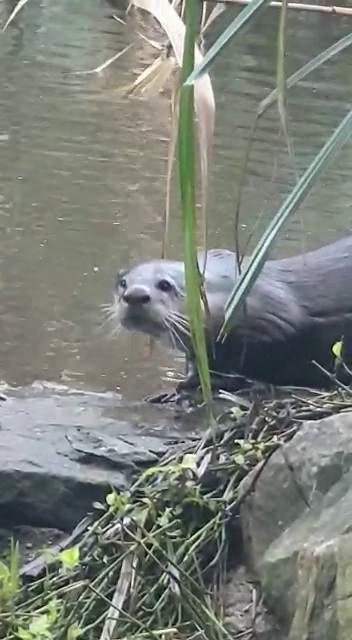 WELCOME SIGHT: Residents were delighted to see a group of Cape clawless otters playing in the Baakens River after recent rains helped to flush out pollution that has plagued the river in recent months
Image: Supplied

Recent rain and a decrease in pollution has seen all kinds of life return to the Baakens River, and local residents have been delighted to see a group of Cape clawless otters making a splash in the river that runs through the heart of Gqeberha.

Adorable videos and pictures of a family of otters have been doing the rounds on social media, and those who have been keeping a close eye on the water quality and level of pollution along the river bank said their return was surely an encouraging sight.

For years, the Baakens River has been plagued by sporadic sewage spills from a number of pipelines running along its banks.

Many species of wildlife have not been seen in the vicinity for years, and spotting otters has also become a rare occurrence.

As recent as March, concerns of dirty water flowing onto the beach and into the ocean were highlighted.

Untreated sewage was flowing down the Baakens and Papenkuil rivers, eventually finding its way to the coastline.

But Gletwyn Rubidge, who lives along the banks of the river and continuously monitors the water quality, said recent sightings of the otters playing in the water in small groups was a sign of improvement in water quality, and the way waste was being managed by the municipality.

“I walk along the river often. Here and there you can still pick up a slight smell of polluted water, but for the most part the water is nice and clear.

“We’ve definitely seen an increase in life down in the Baakens Valley,” he said excitedly.

Rubidge, who works in the chemistry department at Nelson Mandela University, lives in Chelmsford Avenue which has a bridge that crosses the river.

He drives over the river almost daily and regularly walks along the river, and said water quality had shown a significant improvement in recent weeks. 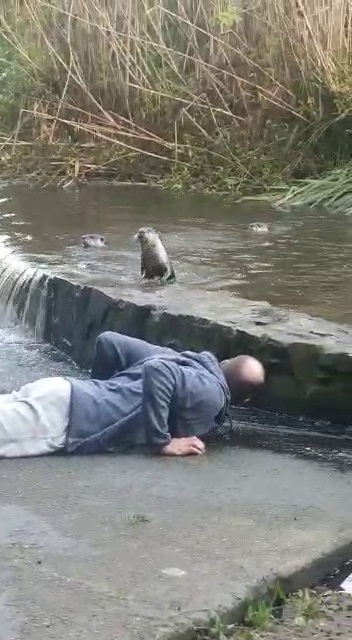 “You used to see fish floating on the surface, and some lying on the banks as they tried to escape the pollution.

“But now we’ve seen more birds and other wildlife, but the otters have really grabbed everyone’s attention,” Rubidge said.

In the video that has delighted nature lovers, the otters can be seen splashing in the water and then appear to be “showing off” for the camera.

Recent rain and a decrease in pollution has seen all kinds of life return to the Baakens River, and local residents have been delighted to see a group of Cape clawless otters making a splash in the river that runs through the heart of Gqeberha.

He said they saw a group of about six otters playing in the river and was able to get quite close to them.

“What is also encouraging is to see their droppings contain remains of crab shells, which forms an important part of their diet.

“If we saw six of them playing in the water, chances are there are many more nearby.”