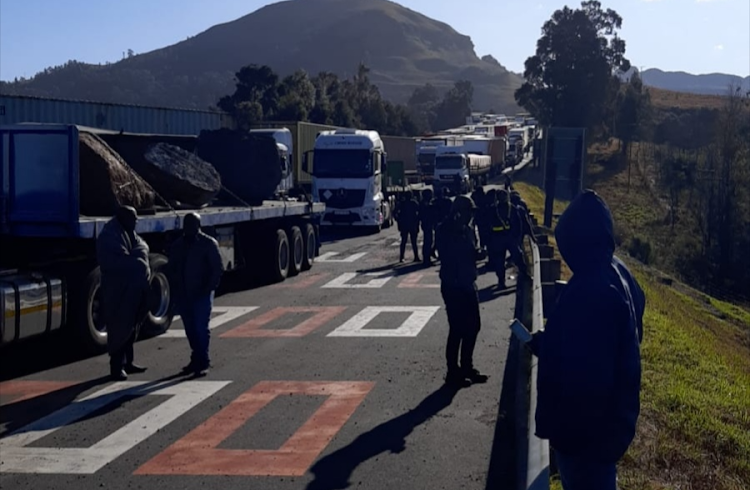 The truck driver blockade of the N3 highway has been cleared, according to traffic reports.

“There are no incidents disrupting the flow of traffic along the N3 toll route between Cedara and Heidelberg South,” the N3 Toll Concession company said early on Friday.

Van Reenen’s Pass was opened for travel in both directions after KwaZulu-Natal police commissioner Lt-Gen Nhlanhla Mkhwanazi visited the area on Thursday. The order was given for vehicles to be towed away should truckers refuse to disperse.

07h03 15/06 #N3Traffic: There are currently no incidents disrupting the flow of traffic along the #N3TollRoute between Cedara I/C 96 and Heidelberg South I/C 59. Thank you for sharing the road responsibly. Please drive safely and take care.

#sapsKZN [UPDATE] KZN Provincial Commissioner, Lt Gen Mkhwanazi as well as the UThukela District Commander are on scene at the #VanReenensPass
Vehicles that are causing the obstruction will be towed away. The arrests of several drivers are eminent. NP pic.twitter.com/Tc0QsnaBgu