Eight rescued, one missing after ski-boat capsizes off Durban 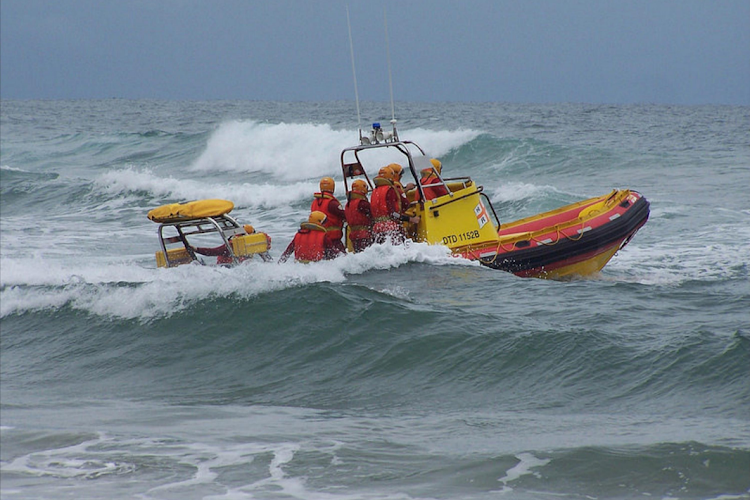 READY TO HELP: Eight men were rescued from their capsized ski-boat in Durban, while one is still missing. File pic
Image: Flickr/NSRI

Eight men were rescued and the search for another continues after their ski-boat capsized at sea off Durban on Thursday night.

Paul Bevis of the National Sea Rescue Institute (NSRI) in Durban said a team was activated at about 8pm after they received a report that a ski-boat was taking water off-shore.

“It appears that the ski-boat may have suffered engine failure before drifting out the Durban Port entrance where off-shore of Vetchies the vessel capsized.”

“Arriving on the scene, our NSRI sea rescue craft found a private ski-boat catamaran had recovered eight people from the water. The survivors reported one person still missing,” said Bevis.

NSRI instructed the skipper of the private vessel to take the survivors to the rescue base.

“The eight male survivors were treated for hypothermia and shock.”

One man was taken to hospital for observation for non-fatal drowning symptoms and for treatment for hypothermia.

“We located the capsized ski-boat 800 metres off-shore of Vetchies. An NSRI rescue swimmer was deployed into the water to free-dive search under the hull of the capsized vessel.

“The vessel was towed north of Vetchies Beach to assist to open the Port of Durban to shipping traffic.”

“Despite an extensive search into the early hours of the morning there remains no sign of the missing man.

“Police divers will continue in a search for the man.”